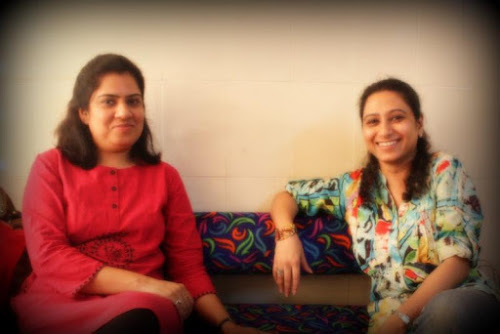 Sonal Ganatra is an established screen writer for Indian Television. During our interview with her she opens up about writing the popular show Na Bole Tum Na Maine Kuch Kaha and how she is so connected with the show. When you write a show it becomes an expression of yourself in another form. Let us lead you into this chat that takes you right into the mind of the writer and the heart of the reader.

Rangmunch: What made you want to do this show and what kind of briefing did you get for the same ?

Sonal: What attracted me was that it was not the saas-bahu saga. It was not a run of the mill show. What I liked was that it was a story of a widow and that to a positive one. For the first time the  show highlighted on the remarriage factor with love at the back drop and not an arrange marriage.It was challenge definitely.Everything was started in a haste.But fortunately the characters were etched with its characterstics.We knew we wanted a boy next door with an edgy side to him. But as the show progressed we thought we needed to show a much softer side to him, especially after his interaction with Nanhi.So instead of the carefree and risk taking reporter we now see a softer side to Mohan.

Rangmunch :As a writer what draws you to Mohan’s character?

Sonal: So many characteristics draws me to him. There are many facets to Mohan. I am Impulsive, Clumsy and un social and Mohan is all that. In spite of my noble intentions , I also do end up getting into trouble.I see a lot of myself in him. I have worked as a reporter for 8 years.

Rangmunch : How much have the actors contributed to the characters you have etched?

Sonal: Completely.. The “ ayy sunna, bol naa”is completely from Kunal.Seema gave the kids name, Adu and Nanhi but we thought it would be fun to have names like ‘Chavaani and Piddi.’ Mohan sees Megha and instantly calls her’ Mirchi madam’. They are the typical tapori kind of names and Mohan calling them fits the bill. Mohan comes from a rich affluent family but he did the tapori stuff and it went down so well , we stuck with it. 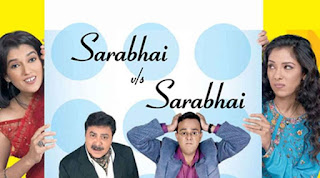 Rangmunch : Which was the first show you worked on ?

Sonal : It was called  “Main Office Tere Aangan Ki”. It was telecasted on Sahara One. It was a weekly show, a comedy one at that. The concept was mine. I wrote the story. At that time  didn’t know the difference between Screen play and dialogues. I had no clue. Since I worked for Hats Off Productions, as an associate writer for Sarabhai Vs Sarabhai, Mr.Kapadia has been mine mentor, my guru. He taught me how to write screen play, dialogues. Basically I had no training or professional qualification. It was complete on the job training.

Rangmunch: If someone wants to take up writing for shows as a profession, what would your advice be?

Sonal: Come to Mumbai first. Dont stay at home and think. You will never make it anywhere. Once you come here, approach Production houses as they always need new content writers or find a good writer who is willing to take you as an associate .That would be a blessing. Try that. Don’t aim for the money, learn your craft first , money will come later.

Rangmunch: What as a writer do you like to explore in your writings?

Sonal: Most of my shows have been challenging. I have not written the kind of stuff I am writing now. I can’t write cliché’ stuff. I don’t take pride in that. If I could write the regular saas-bahu dramas, I would be a crorepati by now.

Rangmunch: The TRP for some reason has not been picking up. As a writer, does it disappoint you?

Sonal: Yes, it does. I have a responsibility as a writer of the show. With such an amazing team to back you up, it is disheartening when you don’t get the numbers. Maybe the fault lies in the content (says with an uncertainty). My audiences may be limited but they are loyal. Hope all the twists we are bringing up are unpredictable and the fans like it. 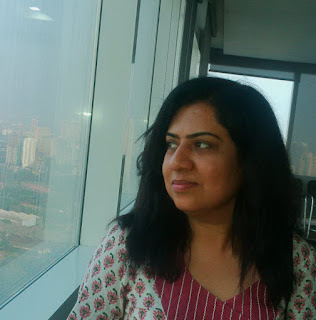 Rangmunch: Has there ever been a scene where what you wanted didn’t get implemented and what the actors executed got implemented?

Sonal: Well there have been many scenes where lot of improvisations have been done on the set. The scene where Renu wears Sunglasses was not there but the director implemented that. It was done by  our ACH Shailaja and director Amit Malik. There is a lot of improvisation in the script too. The ‘Minkey Man’ was also done by Rinku.

Rangmunch:  Once you do the screen play do you consult Subrat Sinha, the dialogue writer, very often?

Sonal: We talk every alternate day. There have been times when we talk at 1.30 am or 4 in the morning and discuss what to do. Of course this happens only in case of emergencies.

Rangmunch: What happens when a scene doesn’t come out the way you had perceived?

Sonal: Sometimes I let it go and sometimes I fight for it.

Rangmunch : How would you describe each of these characters in your words?

Mohan: Every girl’s Mills & Boon hero though he is flawed. As women we love flawed men

Renu: The spice of my show

Papaji: Ideal father and father- in-law ( some times I see the image of my father)

Rangmunch: How much of real life people inspire you when you write your characters?

Sonal: Saroj is one of them. I have seen a family friend who has lost a 30 year old son. Saroj may not be that woman but she will see the daughter in law at fault saying “Mere bête ko kha gayi”. The mother’s anguish is real. Even if there is a celebration, she will not be able to be a party to it.

Rangmunch : Do you get time to watch your show?

Sonal: I make it a point to watch every telecast. You would find me Monday to Friday at 10.30pm in front of my Tv screen.

Rangmunch : Which is your favourite dialogue ?

Rangmunch: Which is your favourite scene?

Sonal: The favourite scene was where Mohan for the first time meets Nanhi. 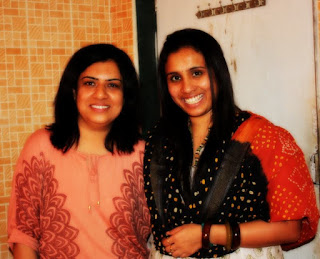 Rangmunch : Which is the favourite character of your show?

Sonal: I am like the mother of the show; I can’t distinguish between the characters.

Rangmunch : What was the thing in mind when you were weaving the character of Nanhi and Mohan?

Sonal: I didn’t have to do much .The characters were already there in the concept. We sold the concept to the channel where there would be little girl who would place an ad in the paper for her mother’s re-marriage and a dare –devil guy would be there to help her. The wonderful chemistry of the actors helped us to make things easy as we went on. We always wanted Mohan and Nanhi to be equals. He should never look down on the kid.

Rangmunch: Have you made any changes along the story line when you felt as the show picked up, something the fans demanded or you thought was necessary?

Sonal: There have been no harsh comments, just that people want to see more and more of Megha and Mohan chemistry. We have always tried to show a complete family drama with all the supporting cast equally being a part of the show.

As Shared with Swati Ghosh

Disclaimer: This is an old interview with the writer from the time the show was on air. It is being reposted on the site as the data from the original site has been lost. We will also simulataneously bring you fresh interviews as well.