Siddharth Shukla talks about his dance experience on Jhalak 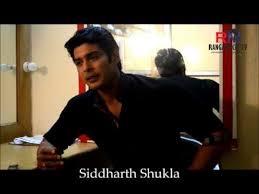 Actor Siddharth Shukla has carved a niche for himself in the Television industry. He has always tried to experiment with his work be in acting in Television shows or acting in films. He has taken part in reality shows as well.

Siddharth Shukla recently won the Big Boss title, but participating in reality shows is not new to him. In a throwback interview with Rangmunch.TV he talks about his learning experience when it came to dance. He is outspoken and frank and he tells you why he doesn't consider anyone as a competition.

While he has come a long way from where he began. We would like to wish him all the luck and bring your attention to this video interview. Do watch it and let us know what you feel.