I Me Myself with Karan Goddwani 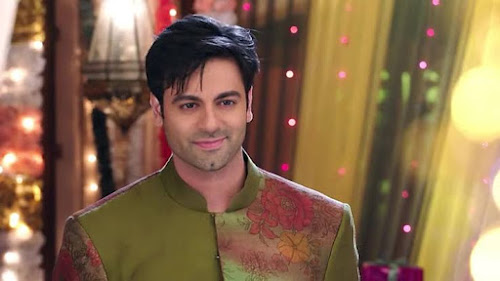 Karan Goddwani is a known face in Indian Television and he has always left a mark, whatever be the role he has played. I Me Myself is a candid segment on Rangmunch that seeks to delve into the inner personality of the characters you see on screen. As Karan gets candid, it is makes for a delightful read for all his fans.

One thing you are grateful for in life?

Karan:  It has to be god’s blessings first then I would say the, Support  my mom and dad gave me. Its because of them that I could become an actor. We lived in Spain earlier, and it was only since I wanted to pursue my acting dreams that they shifted base here.  What I am able to do today is because of them .. before I finish off with the list, I would also like to mention my fans who have a huge role to play in what I have become today. 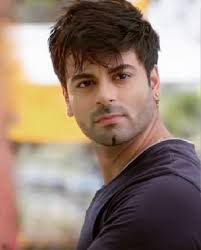 One phrase you use a lot:

I keep saying, Oh god, Kamaal hai… !!!You would notice the same on my shows as well… even NK says it a lot.. Maine zyada kamal ki baat karta nahi hoon, par word use bada karta hoon  ( I may not say kamala things all the time, but I use that word kamaal a lot)…

Do you thank people enough?

I try to in whichever way I can, whether it is on Facebook, twitter or anywhere else. I always make sure that I respond to audience and dedicate at least half an hour in a day to them! Sometimes they ask for pictures with actors and  I try and fulfil their wishes.  It feels good to know that they take time to watch you on screen, I hence feel the need to acknowledge that. That’s why when fans come onto the set to meet me as well, I always make it a point to spend time around them and talk to them for a good while.

One thing you say to wriggle out of situations generally?

I make some excuse or the other. If my phone rings and I don’t want to attend the call then I either say it was on silent or that I was driving. If I am on the sets, with other actors and co-stars and I, if I have to leave from there, then I say I have to run to the loo. People by now know it is an excuse, and they don’t believe me anymore. Or at times I make a stern face and just say I have to leave for home…

Who has had the Greatest impact on your life?

My Mom  and dad as I have seen them go though loads of ups, downs and bad things. Whatever I have done in life I have tried to learn from them.  My greatest friends are my parents, ever since childhood.  I have always been a reserved child. I used to observe people a lot as a child. Many times I would feel lonely while in Spain, and I have learnt loads of things during that process. One can’t wait for tragedies to happen to you. Neither can you take life for granted. A wise person is someone who learns from others mistakes. I don’t take life for granted. I try to stay positive, which is why even the people on my sets like me. 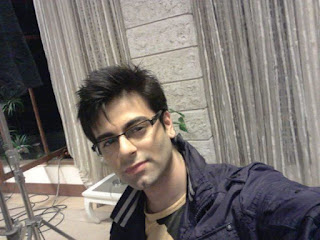 Are you possessive by nature?

I am not crazily possessive like they show those psychos in movies who would go beat up people. In fact people around me say, I appear secure and balanced. If I have a car or a mobile, and something happens to them, I would naturally feel bad. There are loads of things in life that you have now and may not have later, so there is no point in holding onto things in life and get all possessive!

If you received a text from an unknown number right now,how long will you take to revert!

I would revert immediately depending on what the content of the sms is. (Laughs)

Do you smile more than you frown?

Yes!I infact laugh a lot …Akshay(Dogra)  infact keeps telling me, Karan stop laughing, why do you laugh for no reason…. Infact if you see Barun and Akshay on the sets, they share a fabulous tuning. They are always laughing and make others laugh as well. Over a period of time we have all become very close. We all go on drives and talk even after our shoots and chill together.

Well….Depends on priority. If I want something, and I want it done, then I try to finish it right there. I don’t even keep for the next day. I am a very impatient guy. Sometimes I am so driven by impulses, especially when it comes to food, I don’t hold back.  Even on the sets I keep going off to eat. My parents are sick of me and my sudden urges!

Do you have a sweet tooth?

Oh yes a major one. Sanaya and I eat so many chocolates. In fact just  last night I was having two chocolates, and Sanaya was like Karan stop it, I don’t want to have so much sweet stuff!

How much do rumours and negative publicity bother you?

I would like if I said they don't.  You can’t avoid them, but at times, things force you to sit back and wonder, what the hell! There was once this rumour, I was going out with my cousin and the people in my society saw and started spreading wrong news drawing conclusions. I was out with my sister and they were like I was with a girl! At times one has to think before say or do anything! People say good or bad, publicity is publicity, but if you think like a businessman, you might tend to take it practically though that’s not always possible. That way, IPKKND is a very positive show. There is no ego, or issues whatsoever! 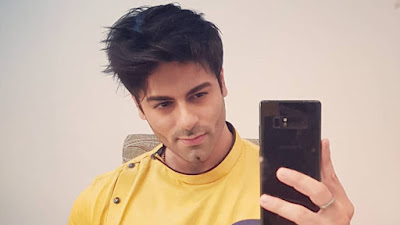 When you fight with a friend, would you make up first or would you wait for the person to make a move?

I say sorry for no reason! Many times, I just say sorry for the silliest of things like if I miss a call or I cant talk to someone. There are also times when there is no need to say sorry, but I believe saying it would not reduce your importance in anyone’s life. The person I believe is larger than ego! One can forget and move ahead in life!

Are you a travel person?

When I was in Spain, we would keep coming to India, I love to travel by planes, airports, cities and everything related to aviation fascinate me. I have seen Belgium, Dubai….Spain and have visited  different cities and tried different food.

Ummmm…. I would say nine… because there are some things which are unexpected and unforeseen... you have to wait for them to happen… I would give  1 mark less for all the no’s in life.

As told to Niharika Vidya Sagar

Disclaimer: (This is an old interview from the Archives of Rangmunch.TV. Kindly note that this is being republished owing to the loss of data on our original website. We will be slowly updating our old content on the website until we are up to date. New interviews will also parallelly happen).