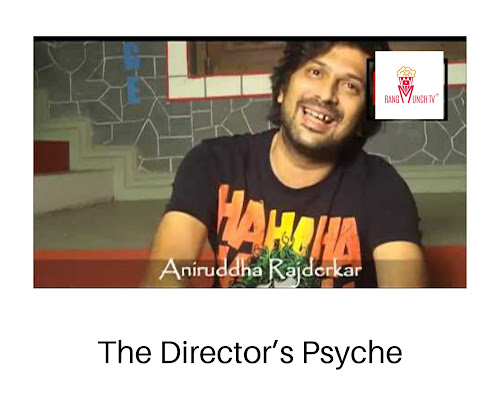 Rangmunch: Which is your all time favourite movie ?

Aniruddha: There are many actually. But it all depends on my mood. I like to watch Hitchcock as a director . He is my personal favourite. When I go home , I pull out something out of my collection and watch it.In Hindi, I am a big Dev Anand Fan. Any black and white movie with him and R D Burman , I would watch anytime. I pull Teen Deviyaan, guide ... All light hearted films. His demise still is a shock and I cant react to it even now. It's gonna be a year but ... Still we friends whenever got together did a Dev Anand movie  and per date we haven't spoken about his passing away.Its like silence on the water front .

Rangmunch : What did you think of the film Gangs of Wasseypur ?

Aniruddha :I liked Gangs of Wasseypur. I liked the part one more than part 2.There was too much detailing out of the characters. it was fun to watch the movie.

Rangmunch: Does a director in you take over or do you watch it like a fan?

Aniruddha: Mostly when I go there I want to watch it  as a fan but the director does take over a little. I get a little critical and tend to see things minutely as you the work . I don't get into technical aspect ,as that's a very personal issue, But yes you tend to say , Kaash Asia hota . That is the reason I haven't watched Barfi as all have said its a brilliant movie , and I don't want to go with a mind set .I refrain from going with somebody as I want to watch it with ease. 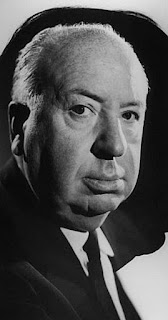 Rangmunch : Who is your favourite Director and what as a maker do you like about him or her ?

Aniruddha: Like I said Hitchcock being one . In his movies , you know the killer or the plot. You also know that a so and so person is mentally unstable.You also know that it's a thriller which takes you on the edge. But the way the story weaves itself and presents is fantastic . Even knowing the suspense you still watch it.Thats why I love watching his stuff.

I also love Kubrick . His movies are heavy but have been following him for sometime now.His visual grammar is probably different than any of the director I have seen so far. 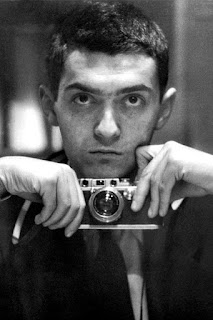 In Hindi cinema, It's Vijay Anand. The sole reason I love him is the way he weaves a song into a scenario . If you ever see a film of his you would know that the song is a part of the narrative . He beautifully fits it in.

Rangmunch : Has any movie influenced you so much that you have one away from your style of working and adapted his ?

Aniruddha :I would want that to happen someday . But theses people think in a very different way . I would want them the to appreciate the work. Even in college, I never had the art to replicate stuff but I appreciate whenever I see good work.If I see something similar to my work, I do tr to bring it to my technical visual and implement it.I also know it is difficult to replicate a scene. If I have shot a scene with a person a particular manner then I know it's going to be difficult replicating that scene with three other characters.But sometimes as a director once in a while you try.

Rangmunch: How easy or difficult is it for a television director to make a movie ?

Annirudhha: Now that is question I have been fighting within myself for a very long time now.I came to Bombay in 2003 and decided to make a movie in 2012 and now 2012 is gone and I'm for sure not making a movie.
2013 also I'm not going too make one . On thing I know that to make a movie even if you have been a director in TV for 5 years , you have to unlearn something to adapt to that new culture of learning .For Television one knows the work as how the frame has to be and so on but In Television you know that by  the end of the day if there is something wrong with the shot you will manage with a close up.

That’s the a basic.Now with growing times and experience and getting shows like DMG and D3 I do a lot of experimenting with my scenes, moving the camera in such a way that you keep the  feel like a master  yet you don’t need to cut to a  close, so that kind of experimentation I have started to do in the past couple of years so even when I have to make a  movie I am relaxed and not get panicked about cutting the shot close. But that problem every director in television will face because the visualisation of the 35mm and 70mm is pretty much different from what we do here.. But now even films have back, the grammar is same as television and Television grammar is very bad.Even if they mastered 2 shots OS, It does not fall well later maybe because these directors have not assisted good film makers in direction or have a better   visual sense, they  tend to fall in a pattern. Even a spot boy working for 12  years can come up and say that sir yeh look galat hai. I have faced that myself.I know people. My technicians come and tell me that  why did you jump access.You want to work with new shots, like over the shoulder shot has become old so we try another block but the technicians are from old school of thought so they will come up and ask you.So if a person has worked in television for 15 years , he will know the grammar and pinpoint the mistakes.

Rangmunch :Do you read movie reviews before going to watch a movie ?

Aniruddha: No never. I don’t read a preview . Personally I don’t know the person who has written the review so I can't subscribe to his  way of thinking. If I catch a promo somewhere I kind of make up my mind what kind of movie it would be and touchwood. I am right about the movie as to what is going to happen.I want to watch  Makhi, I don’t mind reading the review. I saw the promos on FB sometime back and I know I am going to watch that movie for whatever reasons ( laughs)but am going to watch.I do like watching regional movies if they are recommended to me.I do watch world cinema, like to see French or Iranian movies if they have subtitles or dubbed well. 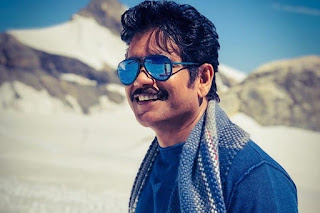 Rangmunch : Which is the one Telugu movie you liked to watch.?

Aniruddha: I keep watching Nagarjuna’s movies everyday on Cinemax. Mard no 1, Don no 1…Killer films , I like them.They have been good movies coming out apart from Gajini or Robot. If you go and see Mani Ratnam , it's good work. Even the art movies have been named the crossover films now.I don’t mind them. Sometimes I don’t connect with them. I like commercial cinema. I like Govinda and  have sat in the front row and whistled. I like SRK movies. If you are making a film , take me to a place where I cannot go , don’t take me to the place which I have probably heard or talked about. I don’t want to be depressed. I don’t want Ankush,I rather see Arjun. I like to see a hero.I want to be a hero.(laughs)

Rangmunch :Whenever you make a film , which genre would you think you would be best at ?

Aniruddha :I have  drafts of 2 films ready at this point of time.I have been working on them for ages now. Coincidently both are thrillers. I also like Shriram Raghavan’s work. Also that he dedicated his first film to Vijay Anand and James Hadley chase . I have written both  the films as thrillers. One is a Pyscho –thriller and the other is general thriller. Again this is for a niche’ set of audience. For me Jewel Thief is my bible to how a script should be. I watched that film so many times and I still don’t understand how a man could conceive that kind of a screen play to star with.Its simple and yet brilliant. Its simplicity is brilliant.If I could make a  and movie like that which has everything in it. It has romance, it has thriller elements. It has songs. That film is complete film. When I say thriller I would want to make a movie like that or Ek Hasina Thi, Jhonny Gaddar, Teesri  Manazil. Jhony Gaddar liked for some reason, songs , sheer great screen play. I had Saif in mind when I wrote my thriller.I saw Agent Vinod and I could have delivered a better  version. I am not saying it’s a bad film, but watching that I suddenly thought” ab toh meri film ki watt lagayi’.If someone tells me to make a sequel to Agent Vinod , then I have a better film in hand.

Rangmunch : Would you rather see a movie in a theatre or watch at home ?

Aniruddha: I would see it in a theatre .

Rangmunch : If a movie had to be made out of your life , what would you title it ?

Aniruddha: That’s a tough one, never thought of it .May be in ten years I would be able to answer that. Seriously I cant think of anything off hand . Now you have given me something to think about .

Rangmunch : If you were given a column to write  what would it be about ?

Aniruddha: It would probably be about the quality of writing on Television for the want of anything better , what we are doing right now. I personally feel that . Give the audience something different, We did D3, and D3 is a different kind of writing , we had a different execution for that matter. We have found takers somewhere . If I ask anyone who is in the bracket of 16-20 years, and tap that person and ask have you watched” How I met your mother ‘.They  definitely would have caught at least one season . So my question is why can’t we make that kind of television. There is space, time and chance to make television like that, so do it on a season basis. I am strictly against 1000 episodes.There are some that manage to and  I guess they have stuff to show. Being a director I haven’t  switched on a single hindi GEC channel in the last 2 years.I should be ashamed to say this as I am a director and I direct shows but in general I don’t connect to many shows.

You can also catch his video interview here on the sets of d3 that aired on channel V.

As told to Niharika and Swati Ghosh in 2013. (Rangmunch will be slowly reposting all the old articles as and how we retrieve them). We will be presenting old and new content simultaneously.)