A tribute to Waseem Sabir! 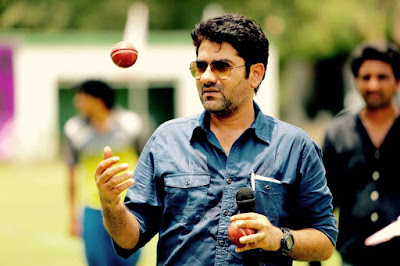 I was at my dinner table, when my phone blinked. Ignoring it I went back to start eating, when my father-in-law urged me to go ahead and look at it since he had perhaps read something that needed my immediate attention. It was a message from an old colleague and the contents sent chills down my spine. "Waseem has passed away" read the message. I pushed my plate away and got up and walked out of the house.

Calling the same friend for confirmation and details only made me go weaker in my knees. This couldn't be happening. The new year couldn't be starting this way. Suddenly all the objective believes you carry seem to fade away when a person you just saw, heard or took for granted until then, ceases to exist. Waseem Sabir is an Indian Television Director. He has delivered hit shows like Veera, Ganga, and Tamanna in the recent past. Ever since the start of his career the graph has only seen an upward trend due to his sheer hard-work, commitment and dedication until life suddenly decided to cut him short, yesterday.

Waseem Sabir, became just Waseem to us after a couple of interviews we did with him. This was year 2011 and he was doing a show called Dharampatni. He promised to give us an interview, but was busy in a shot. While we patiently waited for him to get done, he came to us and promised an interview the next day. When we pursued him this was what amused him. He perhaps was intrigued by the fact that we were more interested in the people behind the scenes than those on it. He often made fun of the same, though he simultaneously also applauded us trying something no one had tried or were interested in by then! 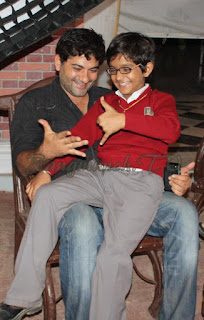 After every interaction with Waseem, we took back something new. His insight into life and his perspective on various matters related to people, relationships and human behaviour often left us speechless. I still remember an interview we did with him on the sets of Veera, where he was seated with my colleague and another lady co-worker of his and he ended up making all three of extremely emotional with his thoughts on human lives. He  said "what we see of people in our everyday lives is not them, its the masks they wear to show the world what they wish to. But when one wakes up in the morning, you are yourself and the mask automatically comes off and that is who you really are and you cant run away from that! so true at so many levels, we felt! He had made his point. But in the very next moment he started laughing out loudly confusing us. On asking him what he found so funny, he joked, " I didn't know even I was capable of making women cry, not one but three at a time!" Thats how I always remembered him. He could read people like a book, and often showed them the mirror as well. He never hurt anyone, but that didn't prevent him from speaking his mind out either.

We would always look forward to interacting with him, because he would always have something new to share each time we met him. His thoughts were clearcut and simple, and he knew what he wanted. I do not know of a single person he met that didn't like him. But if he didn't like someone he never hid it or pretended to be nice just for the heck of it. Every time we were in Bombay, he would invite us home, serve us tasty food and share his two cents on what was happening. Thanks to Waseem we never felt home-sick while in Mumbai.

A few months into knowing him he seriously came to me one day and asked me if I wanted to get married. I was taken aback. He said, I have an alliance for you, but you must be ready to adjust to his party-going life-style. I wondered why he suddenly made this offer and joked, I would decide once I see the picture. Before I could click send, he shared a crazy matrimonial spoof video from a site. He had me in splits. He was extremely whacky that way. Even his last post on Facebook is about Taher Shah's latest video. Most people we meet from the entertainment industry either want to keep you in their good books because they are vary of the "media" or they think it is always better to maintain an image that is safe for them. Waseem never hesitated to share what he felt either on social media or outside about people or events around him. His Facebook posts are a reflection of the same. Im sure it was not that easy, as he was an acclaimed top-notch television Director and most of the people knew him either because they had either worked with him or wanted to work with him. 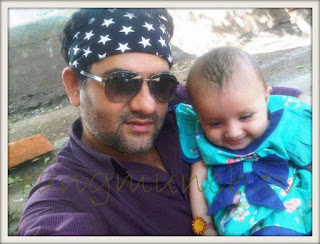 We were all crazy Television fan-girls who never watched or enjoyed anything beyond love stories and romance, but Waseem just turned that around for us. Whether it was portraying the innocence in the love of a brother towards his sister or a young widow trying to find wings, or a woman wanting to make it in the world of cricket against all odds, he made the most cliche sounding content on TV appear different and sensitive each time. He always put a part of himself in everything he did and it clearly reflected in his work because anyone who knew him, knew he wouldn't take up anything that he didn't believe in. And when he did take up something one knew it would be a sure-shot hit. He just had that in him. His honesty always translated beautifully into work and he paid keen attention to detail. He would tell us every relationship he portrayed on screen derived inspiration from various people in and around his life. He was very clear about the kind of work he wanted to be associated with and what he wanted from it as well. I remember he once told us, I come at a price and people who want me very well know of it. Unlike most others who over-exhausted themselves with work, he only worked when he liked and took off when we pleased. He was a doting brother who always made his younger sister his priority. He even made a sister out of someone living abroad, he never met or saw just by the virtue of his conversation and perception of her. He would fondly call her Aapajaan.

We at Rangmunch always felt a special connect with him and he ensured we were well taken care of and attended to whenever we visited him on any of the sets of his shows. He always congratulated us on small milestones, and cheered and backed us on big ones. He readily wrote blogs for us and shared his views on other shows without competing with them.

Its been a few years since I met Waseem, and the only contact I have had with him has been through chats and sms on occasions like Birthdays, New-Years and Ramzaans. He always made it a point to reply no matter how busy or occupied he was. I was not his best-friend, neither did I know him beyond his work or our interactions with him. But whatever little we saw and knew of him, he made sure it was worth remembering and cherishing. If he was this to a people he just knew and met once in a while, I am sure he has left an unfulfilling void in the lives of those that were a part of his everyday life. We still cant come to terms with the fact that we are talking about him in past tense since we had taken for granted there would be many more of those interviews, interactions and discussions whenever the time would come. But that was perhaps not to be. Rest in Peace Director Saab! Itni Jaldi Pack Up ki Ummeed nahi ki thi humne...!