When New Memories Overwrite Old Ones 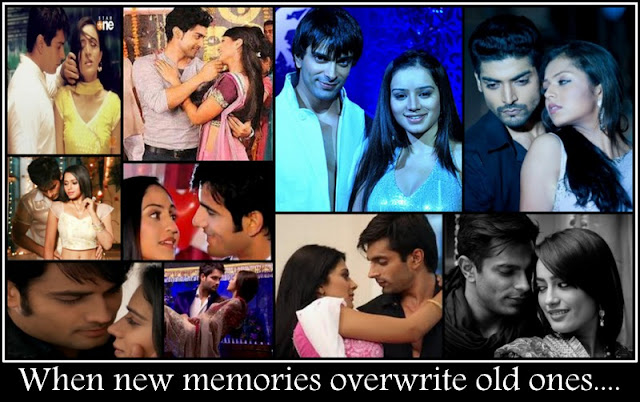 All of us believe in making memories that will last us a life time. But it is also true that every time we create new memories the older ones take a back seat. The same holds true for our television shows as well. 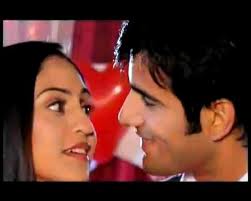 Lets begin with the current heart throbs of Indian Television. Karan Singh Grover who was known as the charming lover boy Doctor Armaan Mallik who won millions of hearts and fans as he got paired with three actresses Shilpa Anand, Sukirti Kandpal and Jennifer Winget Grover on the same show. Fans couldn't get enough of the Armaan-Riddhima pairing and it was then thought that the chemistry between the leads was perhaps impossible to re create. Karan took a brief break from television before returning as the angry young man Asad Ahmed Khan. Fans surely wanted the actor to be seen or paired with one the older leads who they were used to seeing the actor with. Though the response to his pairing with Surbhi Jyoti as Zoya on Qubool Hai initially was luke warm, the two today have become immensely popular so much so that the show has become number one on Zee TV. 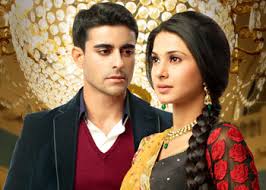 His other co-star from the show Jennifer Winget who is also Karan's wife in real life currently is seen as Kumud on Sanjay Leela Bansali's Saraswati Chandra and her pairing with Gautam Rode is fast catching up. Sukirti Kandpal who is all set to be seen on a new show Kaisa Yeh Ishq Hai  on the other hand went on to become a hit pair with Vivian Dsena in the vampire drama Pyar ki Yeh ek Kahani.

Incidentally Vivian currently is seen as the arrogant, ruthless R.K and his pairing with Drashti Dhami is the most talked about pairing on screen in Madhubala-Ek Ishq ek Junoon. While we mention Drashti, I am sure you remember what a rage her pairing with Gurmeet Choudhary was as Maan and Geet on Star One's Geet-Hui Sabse Parayi. Gurmeet today is the male lead of Punar Vivaah on Zee TV and his chemistry with Kratika Sengar is also considered endearing across ages. People who remember Smiriti Kalra the chubby Simi on 12/24 Karol Bagh would now relate more to her as Suvreen Guggal and her pairing with Shivin Narang is extremely popular online. 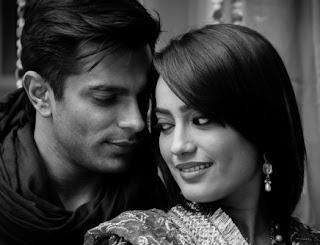 Another actor Karan Tacker who was seen as the main lead in Rang Badalti Odhani was considered to be best paired with Yashashree Masurkar, soon after they loved his chemistry on Love Ne Mila Di Jodi on StarOne which was equally popular and he was seen there with Perneet Chauhan then. Today his pairing with Krystle Dsouza on Ek Hazaro Main Meri Behna is the talk of the season.

Shows come and go and makers experiment with various star pairs based on the suitability of the story line  Though fans are a little apprehensive about shifting their loyalties initially they eventually get hooked to what brings them happiness and form new favorites.

A viewer at the end of the day only stands to gain since the makers never fail to deliver variety!