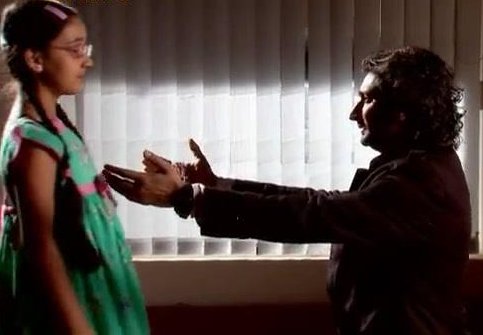 Its really difficult to comprehend and describe certain relationships around you, because they are beyond words. Last night’s episode of Na Bole Tum was an emotional journey not only for Mohan and Navika, but also for me. I for one, have been looking forward to this confrontation ever since Mohan had joined Awaaz India. The build up to this moment was done so beautifully that it was worth the wait. Kudos to the entire team! 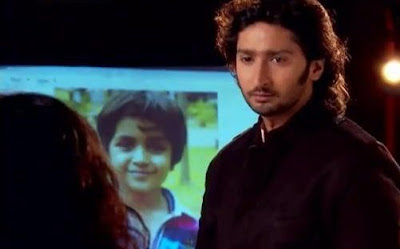 Mohan Bhatnagar jab kisi ke peeche padh jata hai, toh padh jata hai. He did hear the word “Spiderman” and in no way was he ready to take Navika’s response at face value. Hence, like a true journalist he decides to hear the truth from the horse’s mouth and tactfully uses project ‘Talaash’ to his advantage. The very sight of Addu triggers Nanhi’s angst and she lashes out at Mohan, making him realise that she is none other than his very own “Chawaani”. 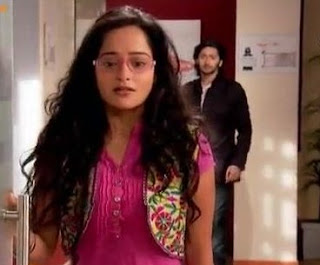 The very thought of meeting his Chawaani after twelve long years had infused new life in Mohan; his face lit up instantly with a twinkle in his eyes. Spiderman’s words breathed life into Nanhi too and she could not help but smile. But her moment of joy was short-lived. Her smile soon withers away at the thought of Addu going missing, and she becomes bitter towards Mohan yet again. 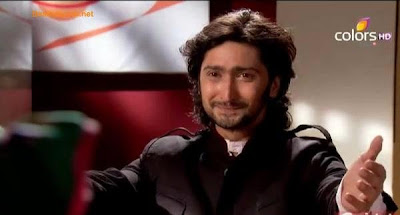 On the other hand, an overwhelmed Mohan imagines his little Chawanni, walking towards him as he spreads his arms wide open to embrace her. The yearning and eagerness on Mohan’s face had me in tears and took me down the memory lane. I remembered Mohan and Nanhi’s very first encounter at the Prabhat Lehar office; the moment that hooked me on to the show and the relationship that went on to become iconic on Indian Television.....that of “Chawaani and her Spiderman”. With Nanhi by his side, Mohan can fight the world but without her he feels like a lost cause. 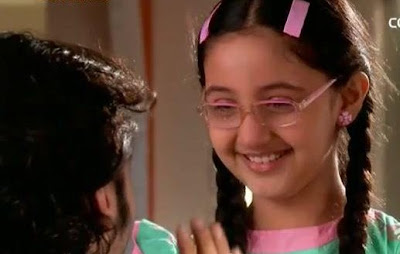 My heart skipped a beat at the sight of little Nanhi. Awww!!! I am glad that makers brought Ashnoor back in that scene as it added a whole new meaning to it and left me speechless. Ashnoor Kaur, you will always be remembered as Mohan’s "Chawanni". 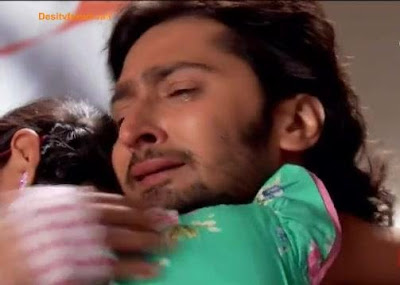 The moment where Mohan goes down on his knees, uss pal ussey dekh kar aisa laga jaise kisi pyasa ko paani mil gaya ho, maar raha insaan ko zindagi mil gayi ho, ek bhatke huye musafir ko manzil mil gayi ho. And when he hugs Nanhi, I wish that time could freeze in that moment and nothing and no one could rip them apart ever again.  His restless soul was happy to find solace in her arms. Mohan was at his vulnerable best, and all he wanted to hear at that point in time were words of acceptance and assurance; all he wanted to see was unconditional love and trust in him, from the one who means the world to him, his “Chawanni”....“Bas ek baar keh de ke sab theek ho jayega...bas ek baar.” But Mohan’s happiness was nothing but a mere illusion. 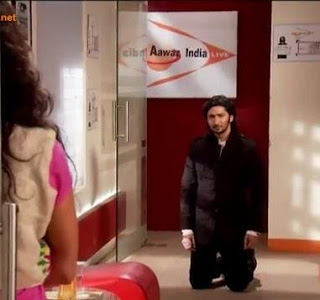 “Nafart hai mujhe aapse, itni jitni maine kisi se nahi ki”...Nanhi’s words were like a sharp dagger. They wounded his heart, leaving Mohan feeling dejected and shattered yet again. Her allegations and Mohan’s helplessness brought back flashes from the past. History repeated itself after 12 years, leaving all of us with a heavy heart and a hope that someday Nanhi will realise that “a half truth is much more dangerous than a whole lie.”

As much as my heart aches for Mohan, I equally feel sorry for Nanhi because I know she loves and misses her Spiderman and the day she gets to know the entire truth she will be miserable.

Last night’s episode by far has been the best with superlative performances by Kunal Karan Kapoor and Ashnoor Kaur. Take a bow!!! With no words but only expressions, you both light up every frame with your mere presence and create magic on screen. Jab bhi ek saath aate ho, dil ko badi sukun de jaate ho. For me you both define the relationship of "Chawanni and Spiderman". 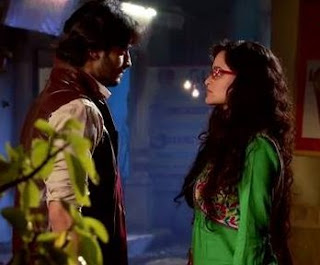 Having said that, Jayashree Venkatraman was outstanding in portraying the gamut of emotions that Nanhi felt during her confrontation with her Spiderman.

As far as Beera goes there is more to his character than what meets the eye and I am not very convinced with his positive portrayal. After all Navika did betray his trust and he is not someone who forgives people easily. 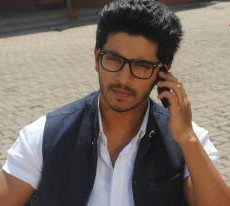 Finally the precap suggests the entry of the much awaited character “Munna”. While there is lot that has already been written about him, I would like to see how his character unfolds and how his entry impacts the lives of Mohan, Nanhi and Megha.

So tune in tonight at 9.30pm to see the drama unfold on Na Bole Tum Na Maine Kuch Kaha only on Colors.