Showing posts from October, 2012
Show all

Revenge and Revenge – Both sides of the same coin!

Can a leopard change his spots? A definitive “No” is what everyone who knows the meaning behind the proverb would say. A leopard, a majestic beast, with its black spots is identified by these markings which makes each of them unique. This is their characteristic trait and nothing would change their natural instincts. Why am I talking about leopards and their spots today? To draw a parallel to the one man who is the personification of innate traits without any change.   As a viewer, I have always felt that Jagya would never change. The deep set character streaks of a selfish man would never allow him to accept his faults and move forward. They will always seek to play the blame game. Jagya who tried to redeem himself with Anandi, in his infinite wisdom has decided to blame the one woman whom he had crucified and hurt throughout his sorry life. With none being her fault, once again she plays the starring role as the vindictive one. I never truly believed that a
2 comments
Read more

The week that went by!! 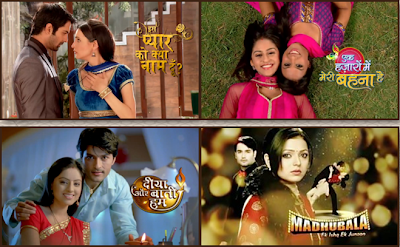 Iss Pyaar Ko Kya Naam Doon: Last week we finally saw the wedding of Arnav and Khushi, even after finding out the truth about Garima Arnav decided to marry Khushi and forget about the past. Now that’s some bravery Arnav. On top of the wedding; another good news for the fans is that the evil Dadi is finally gone from the show, she will no longer be a thorn in Arnav and Khushi’s relationship. But there’s one person who can still come between Arshi and that’s of course none other than Shyam. Let’s see what controversy he creates now. To find out more about your favorite show keep watching Iss Pyaar Ko Kya Naam Doon at 8:00pm Monday to Friday only on Star Plus. Madhubala Ek Ishq Ek Junoon: Last week we saw the bold side of Madhubala, as she refused to take the money to get rid of RK offered to her by Dipali the wife of RK’s step brother. Madhu has pledged to arrange the money herself and to transform RK into a completely different person. We wish Madhu all the best on that and now
6 comments
Read more
More posts