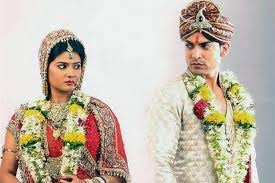 The identity of one change with how one perceives reality. ~ Vithu Jeyaloganatha

It’s funny how we never give any thought to our conduct in life. Granted we are all born with our innate and unique qualities, yet somewhere down the winding paths of our lives, the absurdity of conduct seems to come from the imitation of others, who we can never resemble or become. We sometimes mold and change our selves, as we understand the reality presented before us and we try to put things in perception. 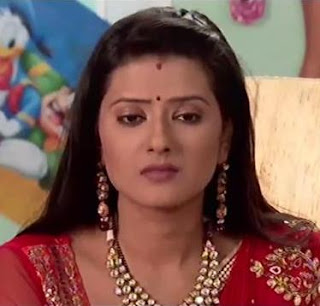 There is more than a light year separating the fact of resembling someone and becoming someone. Even born twins have  few traits that are unique and sets them apart from each other, then how can we as a normal human, even entertain the monumental task of becoming someone else. Aarti may have decided to “become” Arpita, but even she knows in her heart she can never “become” Arpita. Dressing similarly, enacting similar things, reliving the past – all these do not magically give you the power to take the place of a person gone. Until the root cause of the problem is addressed, there would never be a solution.

In total honesty, imitation is just plain suicide! Of course imitation is, in a weird way a great form of flattery. But please let’s get a reality check here. It is very important for us to believe in ourselves, think for ourselves, act for ourselves, speak for ourselves and be ourselves. There is no short cut to winning a little girl’s heart by imitating her dead mother. And there is nothing more stupid than to listen to others and follow their advice, against our better judgment. And we are talking of Aarti becoming Aprita, a mother and a wife – how preposterous!!!

I miss you, I miss us, I miss your smile, but I miss mine even more – Yash Scindhia’s reality and the main root cause of Aarti’s choice to become Arpita. I do feel for Yash Scindhia, a lot. I can understand Yash’s anguish and passion for his lost love. Weaving dreams and waking up to find that person you love not beside you, is the hardest reality that anyone faces. It takes mere seconds to say hello and forever to say goodbye. We can try to move on, but what we leave behind is the hardest to forget. 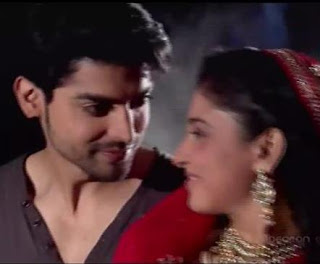 Passion is a positive obsession, but it does not take long for that obsession to become a negative passion. A father and a husband, stuck in the twilight zone of not able to comprehend the severity of his actions. An identity crisis of wanting to hold on to the past as the husband of Arpita, try to be the doting father of his two little girls and now again a husband of Aarti. I can relate with him, his love and passion for his dead wife. A passion that not all are lucky to have and love that not all are privileged to. Every living being wants to achieve love and seek it. But not everyone gets it and when you get it, you want to cherish it, will be lost in it, and above all you can never forget it; another touching reality of Yash Scindhia’s life.

A passion and love driven by misplaced guilt for Aprita’s death is not going to resolve Yash’s state of mind. There are things that we don’t want to happen but have to accept, things we cannot live without, but we have to let go. More than often guilt comes from the reactions of the people around us. Yash sees his children without their mother, a house devoid of a loving daughter-in-law and his life empty without his one and only love.

Feelings do not die and we tend to keep them alive by feeding memories. Yash is no different and one of the reasons why he is not able to move on. He needs to reconcile to the fact that Aprita will always live in his heart but not in his life. His guilt and passion have taken over his mind and heart, and unfortunately he is expecting the impossible, just like his daughter. He needs to understand that the next chapter of his life is resting in his hands, and needs to stop re reading his previous chapter. 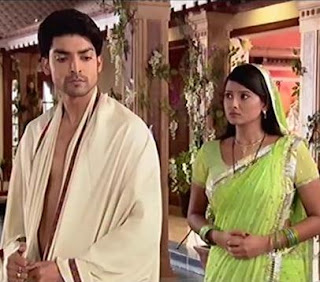 Walking the thin line of a guilt rope is dangerous, as Yash’s heart and mind wage a war between the past and the present. A state of mind that he needs to erase before the consequences become a crisis; before he ends up hurting Aarti or his children; before he hurts himself with all his suppressed emotions of intense grief and guilt. There comes a time in life when you have to choose between turning a page or just closing the book, and Aarti has already made the biggest choice of her life to move on and make the marriage work.  Now is the time for Yash to make that momentous choice of turning that very page in his life and read life along with Aarti.

“To be able to move on, one has to learn to forgive not only the person or people who have done one wrong, but also one self” ~ Eugenia Tripputi ~

Moving on is a nice place to be in if practiced in real life and this is what Yash needs to realize, for himself, for his children and for his family. Aarti has crossed that line and has blanketed her past, for now. Aarti now has to trust her instincts in dealing with Payal and Palak and win their hearts as Aarti Scindhia, not Arpita Scindhia. Yash has to forgive himself and absolve of his guilt, to do justice to his remarriage and his children. Together Yash and Aarti have to become those two peas that can float their family on a smooth sail cocooned in a safe pod.