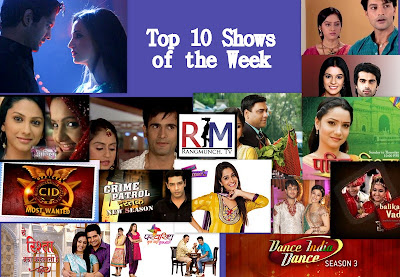 The TRP Ratings for the shows during this Week are as follows.

Misses of the Week:
Parichay at 2.3 and Pratigya at 2.2 have missed the bus this week! We hope they manage to make it to the list next time around! 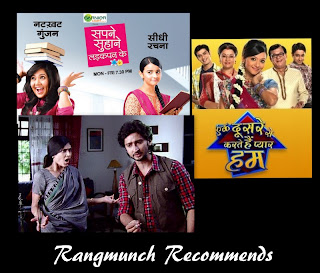 Rangmunch Recommends:
Star Plus's Ek Doosre se Karte Hai Pyaar Hum is the story of a Gujraati Family that has a bahu who has a heart of gold. But is it always a good thing? 1.84 in its very first month, and a steady growth in numbers only shows the audience are warming up to the show.
Suhane Sapne Ladakpan Ke A new offering on Zee TV that has managed to grab a TRP of 1.59 in its very first week! This tale of two cousins is interesting to watch.
With the revelation that Amar Vyaas is innocent, Mohan has not only managed to win over Meghas heart but also the entire familys. The show Na Bole Tum Na Maine Kuch Kaha has scored a 1.6 this week.

Rangmunch Tips: Watch the show on the Television during its Telecast Time if you want the TRPs of your favourite shows to go up!

We shall be back next week with the new set of ratings!