Men – In Black, White and Gray!

No, we are not talking about Will Smith and Tommy Lee Jones in “Men In Black 3”, although they are fighting to save the world, my mention here is the “Men” in the current show “Phir Subah Hogi”.

What an interesting array of colors! Every human is bestowed with the richness of these colors, except that one dominates the other two shades in all of us. The men in “Phir Subah Hogi” are not spared either.

The men in this show are more dynamic than women and fascinate me to no end; no pun intended. Yes, granted the show is all about women rebelling against abusive traditions and customs, but the men are the main instigators of these rituals and customs. Men are the only animals in the world to fear! Of course barring a few exceptions…maybe.

All men are not slimy warthogs.  Some men are silly giraffes, some woebegone puppies, and some insecure frogs.  But if one is not careful, those slimy warthogs can ruin it for all the others.  ~Cynthia Heimel~ 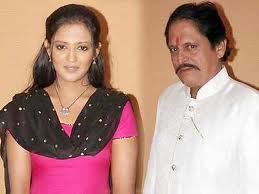 Very well said, as we see these very slimy warthogs, in the disguise of Jwaala Thakur, Hukum or the countless other rich Thakurs, preying on the women in the name of customs and traditions. They have become so accustomed to their religious lies, that they do not notice the stupidity, cruelty or the atrocity of teaching this very religion in the village. They are so compelled to believe in their religion, that they do not even engage in the thought of questioning their belief. In fact, a shadow of doubt or skepticism in their mind is a heinous crime, provoking the wrath of the divine.

As George Bernard Shaw, so rightfully said, “Custom will reconcile people to atrocity”; the atrocity in the life of a bedni, is the reality of the women in this village. This custom alone is a huge hurdle in Suguni’s fight for a better life. This custom alone is a roadblock for Suguni, even as everyone takes “Sita Maiyya’s” name in every breath, and continues to blindly follow the path of degrading a woman! Atrocious indeed!!! And the Thakurs are hell bent on keeping the “bednis’ lives in dark for their physical and carnal desires. 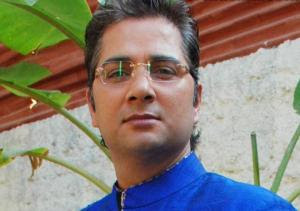 I heard someone say that, “A gentleman is simply a patient wolf.” And my mind conjured up Vikram Thakur! He is the progressive Thakur from the city, trying to help Suguni in her fight for freedom, by being her friend and constant advisor. He is definitely smitten with Suguni, yet he does have a lot more at stake, for him to come and house in the village. He definitely brings up the image of a wolf; silent, cunning, contemplative and gets close to his prey, in stealth, be it Suguni or to settle scores with Jwaala Thakur. Vikram Thakur is that shade of gray, which can be misleading and dangerous, as he goes about with a poker face, never that ultimate goal out of  his sight.

As humanity advances, more it is degraded. What an unfortunate state of affairs. Aditya, the city boy; educated and lovable, yet his past continues to rule his sanity. I wonder if education degrades the human mind more? Away from the village that gave him pain, he is innocent and pure in his heart, enjoying his crystal clear life in the city. All the whiteness in his own city life had blinded him to the shades of reality in the world. He is hell bent on blaming a bedni for the break up of his family, not even for a single moment, realizing that he as the son of that village and his father as the Thakur of that village, are equally responsible for his broken childhood. I hope that Aditya, goes through a spring cleaning of his thoughts and learn to forgive and move on.

In the midst of all these varied shades of life, here is Suguni, the lone crusader, fighting for justice, starving for her rights and the rights of every young girl in the village. Words have the greatest power to motivate and they are the bricks and mortar of Suguni’s dream on the build. Will she be able to find the right shade to complete her dream, is yet to be determined. But she unconditionally and unconsciously lives her life breathing in the fact; that the future belongs to those who believe in the beauty of their dreams and no “MAN” is going to put a stop to her dreams!

Never let the hand that is holding you, hold you down, and I hope Suguni, irrespective of who is holding her hand, is courageous enough to move forward, sometimes alone and other times with support, in her journey to make her dream a reality.