Hiten Tejwani to do a cameo in Sony TV's Kyaa Hua Tera Vaada! 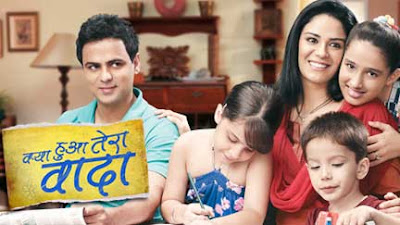 Television heartthrob Hiten Tejwani is all set to woo his fans once again. The latest reports suggest that the veteran actor who has been essaying the role of a father to four grown-up kids in TV serial Pavitra Rishta has been roped in by the makers of Kyaa Hua Tera Vaada.

According to the sources, Hiten will be seen playing the role of a young business tycoon in Kyaa Hua Tera Vada on Sony TV.

Hiten, however, said that he is happy to have bagged a role in Sony TV's serial and he added that playing various onscreen roles amuse him and he loves to experiment with different characters.

Hiten will star opposite Priya Chauhan as Taani in the serial. It is also being said that Hiten's cameo might bag him a permanent role in the forthcoming episodes of the serial.