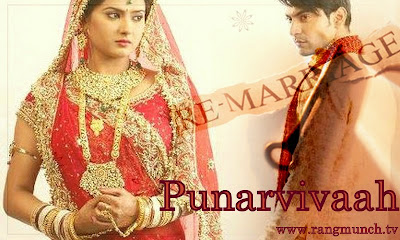 Remarriages are a reality. Traditions, customs, and the compromises associated with it even more so. ‘PunarVivaah’ has succeeded in bringing this reality to the doorsteps of households across the world. It has dragged our cushy minds into thinking aloud about a topic we conveniently ignore until we have to face it in our lives. There lies a hope that awareness would dispel ignorance and awaken a fire in us to right some wrongs committed in the name of traditions and society.
Couple of weeks ago, twitter was abuzz with discussions on remarriages prompted by the show ‘Punar Vivaah’ and its coverage on our Rangmunch Bay Area online Radio Segment in . We had a counselor, Parijat on board giving her insights into remarriage. http://rangmunchtv.blogspot.in/2012/04/spp-rangmunch-bay-area-klok-1170-am.html
It is heartwarming to see that the show has compelled the official facebook page of PunarVivaah to take initiative to provide counseling and guidance through Punarvivaah helpline to those who need it. http://www.facebook.com/zeetvpunarvivaah 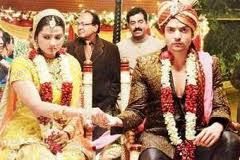 ‘PunarVivaah’ introduced us to little known traditions that left us gasping, shocked and disgusted at the insensitivity involved. When we take a moment to ponder, we realize these customs are not figments of writer’s imagination but are as much a reality as the air we breathe. The fact that we do not see them and are not part of our everyday lives does not mean they don’t exist. The sad truth is that it is prevalent as much in an urban household as in villages.
* We first got a reality check when Yash’s mother Gayathriji proclaims a widow for their son is acceptable while a divorcee is not.
* We sat up and took notice when Gayathriji insisted that she shall accept Aarti but not her son, Ansh.
* The change of name from Aarti to Arpita as a replacement for Yash’s deceased wife left us aghast.
* Scindias’ insistence that Kanya Daan for “Nayi Arpita” be done by Arpita’s parents instead of the Dubeys, who have literally cared for Aarti as their own daughter, made us cringe at the insensitivity of it all.
Leave aside the fact that these are unpleasant truths that we may run from just by switching channels and moving on to another show, the fact remains this is as close to reality as it gets on television. If it is a bitter pill for us to swallow sitting comfortably in our drawing rooms, can you imagine the plight of people facing it across our country? In Indian remarriages, families and children if present, take centre stage to the couple. So be it. One can only hope that the difficult situation not be made worse in the name of society and customs.
“Someday, someone will come into your life and make you realize why it never worked out with anyone else.”
‘PunarVivaah’ is a show that charts the journey of two individuals through remarriage and life’s challenges to bond as a couple and eventually as a family. From the looks of it, chances are that Aarti and Yash may connect as a family first before bonding as a couple and that is not rare in the case of remarriages.
7 weeks into the show, the couple has several barriers stacked against them and what makes it worse is that the non-communication between the two makes it more like a wall built between them that they need to first demolish before facing the various issues thrown at them.
How has ‘PunarVivaah’ impacted your outlook towards remarriage and the customs associated with it? Any advice to Yash and Aarti who have recently stepped into holy matrimony?
Neeraja Unni
Rangmunch.tv
Neeraja Unni Punarvivaah Rangmunch.tv Zee TV