Audiences get a glimpse of the children taking up the roles of today's movers and shakers from the autowallahs, to the south Indian film Icons Rajnikanth and Dhanush and even the Indol James Bond 'Agent Bond '
Dell Inspiron Road Diaries
UTV Bindass, 9.pm 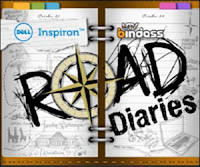 Things take an exciting turn as teh five youngsters go trekking and rock climbing in Mount Abu.After loosing their way in the forests and slipping on the rocks while rappling,the five brave-hearted youngsters finally complete their tasks.As a reward they get to experience true royalty at high-tea with Maharaja of Mount Abu at his own palace.
MTV Roadies,Season 9
MTV , 7.PM

As the new Captain, Kanak leads the Roadies to their next Flag Off, where Rannvijay, along with Anchal,winner of Roadies  8, join them for a brief interaction.They then begin the next leg of their journey to Delhi ,on their brand new bikes. 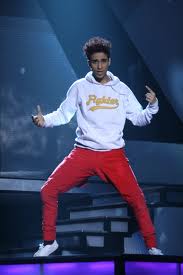 The upcoming episode of ‘Dance India Dance’ to be aired on April 7 will feature a pleasant surprise for Raghav Crockroaz Juyal. According to the reports, the contestant got lucky enough to meet his father and brother on the show who came in to meet Raghav and encourage him. Tomorrow’s episode will witness the entry of his father- Mr.Deepak Juyal and his brother Yashasvi. The two will step on the stage which will leave Raghav dumbstruck stating 'oii terri'.

His father Deepak Juyal was all praises for his son and said that he has made them proud. He added that when Raghav was a child, he used to worry about his future as Raghav wasn’t a bright child in studies but today seeing him climbing the ladder with his passionate talent for dance makes him proud. He went on saying that parents should encourage their kids for their talent irrespective of the fact if their kid is good at academic front or not. Furthermore, Raghav's younger brother Yashasvi was no less than him as he too sounded damn confident and talented. Moving ahead, on special demand of Mihtun Da, the father-son trio- Raghav, his brother Yashasvi and his father Deepak flaunted their slow-motion dance. The trio garnered huge appreciation. You too will experience this treat of watching this magical trio dancing away tonight , so dont miss it at any cost.
Enjoy your weekend !
chote miyan chapter 3 dance india dance dell inspiron road diaries MTV Roadies 9 Rangmunch.tv