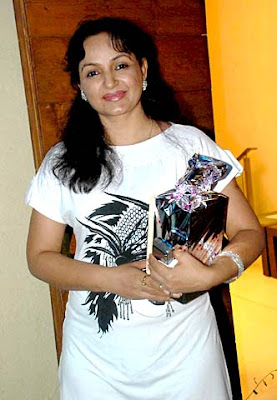 The latest buzz doing the rounds is that ZEE TV's daily soap opera ‘Mrs Kaushik Ki Paanch Bahuein’ will witness the entry of a new face in the serial. The reports suggest that the makers of the show had approached veteran actress Upasana Singh and she has apparently given a nod for the role.
Upasana will be seen essaying the role of a teacher in the serial and it is also reported that her character will be a spoofy one. The actress last made an appearance on Color's ‘Rishton Se Badi Pratha’. She will be appointed to teach Anu.
Upasana's grey shades will remain under the wraps and also her true identity as a rude person will not be known to the Kaushik family. Apart from teaching Anu, Upasana will also run her side business.
The actress said that she is happy to be a part of the show and she is looking forward to working with the team of ‘Mrs Kaushik Ki Paanch Bahuein.’ Her entry in the show will go on air soon.
We wish Upasana Singh all the best with her new role.
Edited by:
Swati Ghosh
Mrs. Kaushik Ki Paanch Bahuyein upasana singh Zee TV