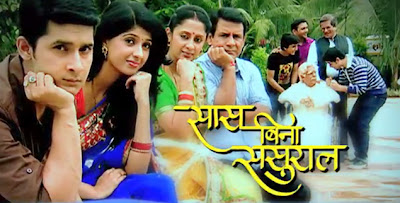 Saas Bina Sasuraal on Sony Entertainment Television has been witnessing some high voltage drama lately with Toasty leaving the house without informing anyone.
Unfortunately Toasty meets with a fatal accident and is found by an elderly couple who then admits her in the hospital noticing her critical condition. They mention her name as Sujata on the hospital records as they are unaware of Toasty's real identity.
In the  upcoming episode of Saas Bina Sasural, after a couple of hit and misses in the hospital, the Chaturvedi family finally finds Toasty in the ICU. The doctor tells them that Toasty has ruptured her nerve and is in coma. He declares 72 hours to be critical for her survival. Tej breaks down and the family  prays for her life.
Will Faith and hope win over science and bring Toasty back to consciousness?
To know more tune in to Saas Bina Sasural at 9:00 pm only on Sony Entertainment Television!!!
Edited by:
Swati Ghosh
Aishwarya Sakhuja Saas Bina Sasural Sony Entertainment TV toasty