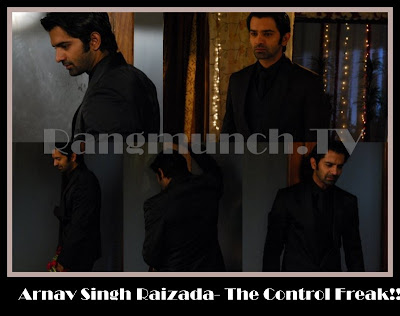 LOL !! well, thats what he is! He hates it when things dont happen his way and for a while now nothing has been .. His love plans went kaput and even though he ended up marrying the woman he actually loves ,he cant even live happily ever after with her! 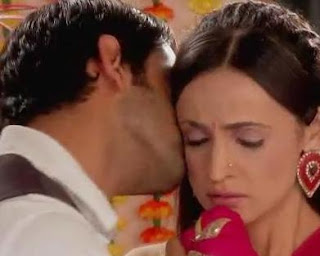 Imagine how happy Arnie was when he realised for the first time that he felt something for Khushi? Even then he enjoyed teasing her and making her constantly admit there was something without him saying a word

But what he saw on the terrace was not in his hands! That bridge between his heart and his head that was soon depleting, once more took a stronger shape-making him worse than before! This man has always been vigilant when it has come to his family and his sister and Khushi Kumari Gupta offended that order by supposedly ruining that for him! There could have been a million other ways he could have eliminated her and her family in his own discreet fashion. 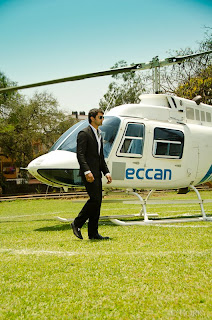 Remember the very first episode where he double crosses his own uncle for having betrayed him? This is a man who thinks money can buy anything in this world, why then didnt he use the power of money to get rid of Khushi from his life?
Firstly ASR realizes the importance of Payal in his brothers life. He also realizes the reputation of his family is at stake - and dont forget this is the same man who didnt hesitate even for a minute before apologizing to an entire gathering when he thought it was more right to break his engagement with Lavanya than do it for the sake of his family.
He may have blackmailed Khushi into marrying him but there are two things here. He was ready to endure the pain of having the woman he loves so dearly right in front of him every single day of his life, though he would shun her! Two, she would belong to him and no one else, even if it meant not having her at all. That is the quality of a businessman in him. Of striking deals, making profits and throwing emotions out of the window. So for him, though he has lost out to his heart, in his head he is still the winner. 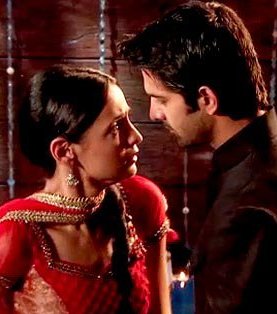 Despite trying hard ,his heart has failed him on numerous occasions and he has also not been able to teach Khushi a lesson the way he would have ideally wanted to. It is from this helplessness that comes his anger and frustration. Of not being able to set things right though he would want it that way desperately at the moment! To be honest, may be he is still unaware of what might set it all right. Who doesn't like a happy-go-lucky status-quo in life?
I have on an impulse always thought, what stops him from telling her what's bothering him so much? He wears a mask of arrogance, but often ends up saying what exactly his deepest fears are though not in the right tone. On Wednesday he eased his guilt off on the stage in the garb of acting. Each time something goes wrong he does want to help her and invariably ends up doing it too. So in his head he is making huge adjustments against his will and doing things for her only because he wants her to be happy. 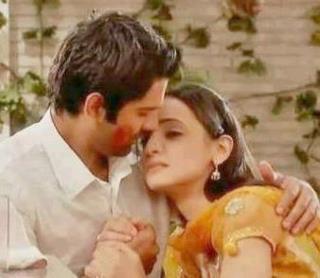 He blushes at her mention, he is moved and touched when she does something for her family and his eyes moisten each time he catches her dancing or enjoying life to the fullest because he knows deep down that he has taken all of this away from her. When he saw how she didn't want to take that help from him, I feel it was not his need to win all the time but his insecurity that she perhaps doesnt need him anymore in his life that made him angry!
Who do you think you can hurt? Only those that you love, and those you think will get equally hurt because of you isnt it? Arnav, though knows it is not the right thing to do, constantly reminds Khushi of the fact that she has hurt him, offended him and broken his heart ( though not in so many words, but his actions always reflect the same) without telling her how! That is his way of retaining control. 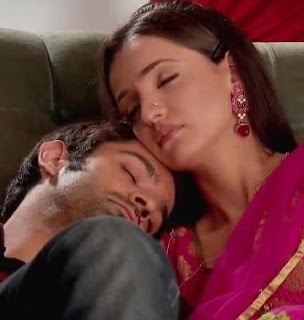 The irony with this man lies in the fact that he doesnt mean the worst things he ends up uttering and the most heartfelt things he does go unnoticed. He may accuse her of changing the shape of his room, but he then smiles to himself remembering her each time he see's what she has done. The change in the room is symbolic of the change she has unwillingly brought in his life, but he has readily accepted it at some level! If he loves challenges, he loves conquering them too. Her constant rebellion is something he hasn't been able to suppress so far!  His puppy heart however fails him each time she is not in sight as he looks around and can only see her in every other non-living form, whether it is through a Salman Khan poster or the Stars Dangling from his posh ceiling!
Today Khushi has realised over the last few episodes that he does like her but is shunning her for reasons unknown. The more she will probe the more he will grow harsh! Her absence during the later part of the episode and his restlessness were clear indicators of the fact that he has gotten used to the idea of having her around and he knows we will to continue to in a twisted way for another six months! 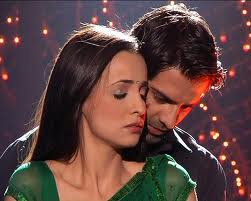 When he says I dont care he means - damn it dont you see how much I do?
When he tells her Main Tumse Nafrat Karta Hoon - He means I hate myself for loving you so despite all this uneasiness inside me.
When he says You are Stuck here for another 6 months- He means, you better be around and suffer along with me, I am not doing this alone!
Arnav Singh Raizada thinks he owns Khushi Kumari Gupta Singh Raizada! Besides his bluetooth headset and his laptop, the only other constant in his life at the moment is Mrs KKGSR, and he himself cant deny it!


Have a nice Sunday!