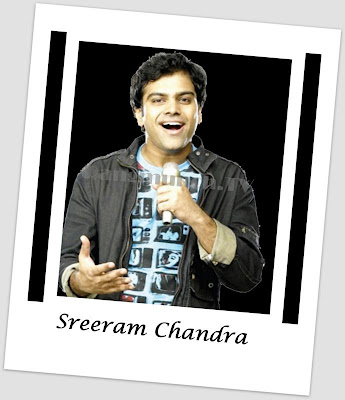 Melodious singer Sreeram Chandra who won the Indian Idol 5's title will be seen singing ‘Naadaan Parindey’ from Rockstar for his first performance on ‘Jo Jeeta Wohi Superstar’
He is all set to enthrall the audiences with a soulful rendition of this chart-buster. Judges from the Jo Jeeta Wohi Superstar panel have huge expectations from the versatile singer Sreeram. With his stupendous accomplishment in Indian Idol and big commercial success; he has already up his ante in the show.
His performance on ‘Naadaan Parindey’ would mark his first step towards winning the ‘Superstar’ title.
Jo Jeeta Wohi Superstar is an Indian reality television series which promises to bring past champions of ALL singing reality shows under one roof. The format of the show is such that the people who are already winners, battle it out again for the ultimate ‘Superstar Title.’
The episode will air on Saturday April 7th at 9 pm on Star Plus. The judges of the show will be singer Shaan, Lyricist Swanand Kirkire and Shantanu Moitra. Mandira Bedi is back to hosting with this singing reality show.
Tune into Star Plus and catch this entertaining and fun filled extravaganza on Jo Jeeta Wahi Superstar, on Saturday April 7th at 9 pm.
Niharika Vidya Sagar
indian idol 5 jo jeeta wahi super star 2 nadaan parinde shaan shtantanu moitra sreeram chandra starplus swanand kirkire