By Rangmunchtv April 06, 2012
This surely comes as a wonderful news to the Television Fraternity as Raju Singh who has composed Music and background scores on most shows is the chosen one. The Bachchans who are known to pick the best of the best, decided upon Raju Singh to compose music for a recitation of a Prasoon Joshi poetry by Amitabh Bachchan, titled "Janm yadi phir se mile", as an ode to the cricket lovers of the country, at the opening of the DLF IPL Season 5 in Chennai on 3rd April, 2012.

The Tamil vocals were performed by Sowmya Raoh and the lyrics were written by Vijay Raghavan.


It is for the first time ever that a Musician from the Television Industry has been credited with the honor and opportunity to blend the vocals and recitals with his melodious composition.


Mr. Bachchan after the recording was also seen tweeting the following:

The IPL matches have begun with all pomp and splendor this season and two matches have already been played. All of us know the worst hit during the IPL Season are the Television shows that generally take a dip in numbers due to shifting loyalties. At a time like this, it is wonderful to know someone from the industry has made an impactful presence at the very event leaving everyone awestruck! 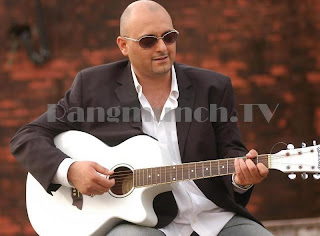 On the act being liked by one and all the versatile musician Raju Singh tells Rangmunch.TV "when the listeners appreciate, applaud and praise my work, it makes me happy and more confident. I would like to take this opportunity to share this joyous moment with all of you"
The event was choreographed by Shiamak Davar and designed by Wizcraft International. We congratulate Raju Singh and wish him many such more. We hope, events such as this go on to become a means to showcase talent on Television on a larger platform. Well we have made a start.
As told to:
Niharika Vidya Sagar
Amitabh Bacchan DLF IPL Season 5 Niharika Vidya Sagar Raju Singh Shaimak Dawar Soumya raoh Vijay raghavan Whizcraft International