NBTNMKK: Scattered Thoughts on the Road Ahead! 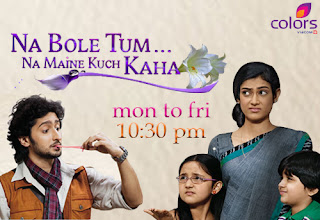 Being an avid viewer of Na Bole Tum and having written several articles on the respective characters and the story, I felt that today is the best time to speak my mind out regarding the upcoming track.
“Mrs. Vyas aur Mohan ki Kahani”….yes this tag line in the initial promos is what intrigued me to know more about the show and eventually watch it. The fact that the female protagonist is a widow with two kids, living with her conservative in-laws in Indore, and who during the course of the story will fall in love with a carefree bachelor is what made the love story an unconventional one for me. 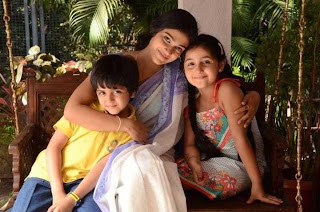 Mrs. Vyas as a character gripped my attention from the word go. Unlike Renu, she is not loud and aggressive, but she is not meek either. Despite her family being her priority, I fell in love with the mother in her, the day she stood up for her decision to work for the well-being of her children. I took pride in her as a woman the day she slapped Rastogi for misbehaving with her and humiliating her husband, the man she loves and holds in high regards. As much as I admired her strength of character to live life against all odds, I equally felt her void in her moments of silence whenever she missed Amar. Her vulnerability touched the deepest chords of my heart.
While lately a lot of people are upset with Megha, for being oblivious to both Prateek’s bad intentions and Mohan’s goodness, I completely understand her point of view. Women are termed as emotional beings since we think from our heart which more than often prompt us to trust people easily. While the heart at times shows us the right path, there are times when it misleads us too. 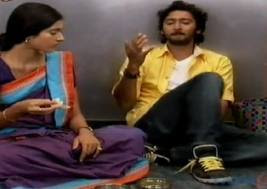 Megha is no different. Being a woman she has the basic traits that rule her heart and mind too. She initially trusted Rastogi, but soon got a glimpse of his true intentions. She also had no reasons not to trust Mohan then, who unfortunately due to unavoidable circumstances was unable to live up to it, and she neither has any reasons as of now to not trust Prateek, more so when he happens to be her best friend’s husband. Its easy to gauge the intention of a man like Rastogi but then in the real world species like Prateek are more in number. Even if one goes through the real time crime stories of molestations and sexual assaults, one will realise that they are more commonly practiced by people who are closely associated with the victim. Anyways I will not dwell on this any further, since I am convinced with Megha’s actions.
However what I wish to ponder upon is her forthcoming “REACTIONS” and this is how I would like to visualise the upcoming episodes.
Whatever I understand of Megha, the dark side to Prateek’s character will be a shocking revelation for her . However I would want to see a strong woman in her who stands up for her honour and dignity and teaches Prateek a rightful lesson for life without Mohan’s help. 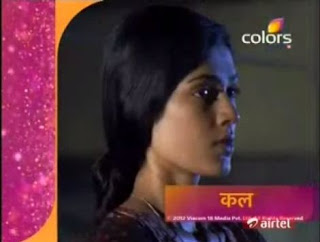 Thereafter I would also like to see Megha’s turmoil back home as she thinks of Prerna’s well being and how she would break the news to her best friend. She should also think of how to stay back at home without letting out the truth to her family because I am definitely not expecting her to resume work the next day. I would further like to see her get vulnerable when alone and talk to Amar and vent out her frustration and pain for making a wrong judgement and tell him how much she misses his guidance.  I want her to confess to Amar that despite Mohan repeatedly warning her she paid no heed to him. 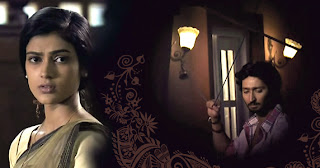 Tonight’s episode is extremely important not only for Megha’s character but also for Megha and Mohan’s relationship because this is “the” incident that will restore her trust and confidence in Mohan and will take their relationship to a new level. The CVs must play on the psychological aspect of Megha and not make her character look shallow. They should slowly build up the track in such a way where Mohan is shown getting restless since he is unable to reach out to Megha after making every effort but understands the impact the incident has had on her and finally one fine morning he is pleasantly surprised to see her at his door step and we viewers can get our much awaited “Sorry” moment from Megha. It would be the first such moment when she would confide her thoughts to Mohan.
As per my understanding, this would be a more logical progression of the story and would ensure character consistency.  Nonetheless I would also love to hear what my fellow friends have to say about the upcoming track.
So please come forward and speak your mind out!
Swati Ghosh
aakanksha singh kunal karan kapoor megha vyas mohan bhatnagar na bole tum na meine kuch kaha Rangmunch.tv