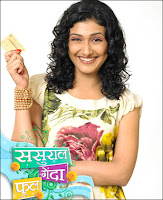 Sasuraal Genda Phool on Star Plus
The family is preparing for the engagement party of Deepak and Sanjana. But Sanjana is worried and Deepak calms her down. Shailaja gives responsibilities to everyone. Ilesh tells Disha to behave and not to create a scene.
Ishaan doesn’t want Suhana to pay for his share of contribution for the engagement. On the other hand, Sanjana and Deepak plan to go to purchase the engagement ring. At home, Suhana gives Ishaan's share of contribution to Shailaja, who gets surprised because Ishaan has already given his share.
Ilesh and Alok tease Deepak over his marriage. Suhana finds out that Ishaan has borrowed money from his father. She can’t understand why Ishaan is behaving this way.
Will this create bigger problems in Ishaan and Suhana’s life? 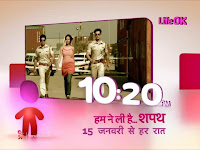 Hum Ne Li Hai Shapath on Life OK
The police men talk about the woman that they recovered from the forest. They also find 7 digits written on the girl’s body. The police starts to investigate and goes to the place that the lady has told them about.
When they later go to the hospital, they talk to the doctor about Namrata. The doctor tells them that she was a nurse and worked in that hospital, until two months ago. They also talk to her landlady. She tells them that Namrata lived with Anuj, her husband.
The police men decide that they will have to go to the shack to investigate. They hope to find some clues there.
Will they find anything? 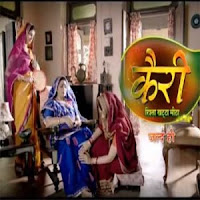 Kairi Kuch Khatti Kuch Meethi on Colors
Imarti Devi thinks that Ambi is the kind of bahu she needs keeping in mind the fact that she comes from a poor family, who lives with her ill father and stepmother.
While Imarti is returning to her house Mala’s mother see her wearing her saree and the two get into a quarrel.
What will this quarrel lead to?

Sach Ka Saamna on Life OK
Model and Actor, Yuvraaj Parasher talks about everything he has done to make a name for himself. He had kept his marital status hidden and had also slept with men only to get opportunities and roles.
Yuvraaj has to face some hidden secrets and truths of his life that too in front of his parents and brother-in-law
Catch your favourite shows tonight and see the drama unfold.
Edited by:
Swati Ghosh
Colors humne le hai shapath kairi Life OK Sach Ka Saamna Sasural Genda Phool Star Plus