Megha: A Little Girl in a Womans Robe 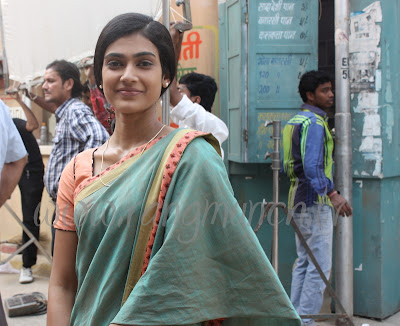 Though I watch the show off and on Na bole tum na maine kuch kaha is more of a show I watch because my friend loves it. It is one of those shows that makes you happy and has gone onto become a habit! I have however never been tempted to write, since Swati does a fabulous job with it at all times. 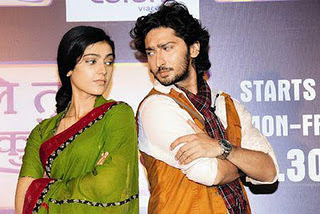 The latest promo however, made me sit up as I am always up for fun and interesting stuff. Megha standing up for Mohan and calling herself his wife? Wow! where did that come from? A very pleasant surprise indeed, which brings me to think a little deeper into the kind of a girl Megha could actually have been. The girl who Amar Vyaas fell in love with in the first place.
Besides being good looking and kind-hearted there is something about the girl that is now masked behind the straight face. Had cruel fate not snatched Amar away from Megha's life what would she have been like? Two-three instances have pushed me to think she was full of life, a little naughty and also may be a little impulsive to say the least. Let me explain why I think that way.
Despite the gloom surrounding her life, Megha wants people around her to be happy. She tries her best to spread cheer and happiness in whatever little way she can though something inside her heart stops her from experiencing the same for herself. May be it is the fear of that very  happiness being snatched away from her once more! The hesitation to take life with full reins once more only because she knows she may not be able to live through the pain yet again! She however never stops trying. 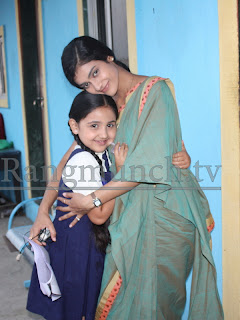 She has brought Nanhi and Addu up as kids who are a reflection of what she must have once been like. Nanhi especially, the way she advices Mohan, one knows she talks not from experience but from her gut, and that has to have come from her mother and the understanding she exhibits towards things. Again, in one of the episodes Megha was seen telling Mohan that Amar Vyaas was that man who adopted two kids only so that he could give them a good future. Presuming Nanhi and Addu are not her kids, she has still taken to them like they were her own and imparted a little of herself into them! The result is what you can see.
Remember the time when Megha and Mohan were stuck in a lift? Mohan urges her to jump saying that could help them get out, and she does it too?  How can one forget that a dull saree and her hair tied in a jooda do not take away the fact that she is finds the need to not be serious at all times!  The latest instance only adds up to the other list of things. Megha now knows Mohan means no harm. She has also realised he has always been there for her. She may want to help him, but her acting on an impulse and calling herself his wife only denotes this woman believes in doing everything from her heart and she will go to any extent for someone she cares for. 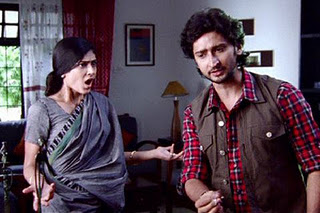 Mohan more often than not has urged the little girl in her to come out, and unknowingly has brought it out as well. Megha herself is unaware of it during most cases but she ends up becoming someone she perhaps once was or may be someone she could potentially have become and has never explored!! Her nok-jhok sessions with Mohan denote that on a day daily basis, but I am looking forward to seeing Mohan and Megha going back to school leaving their respective baggage behind!
While we do know Megha is a woman of substance,  I think only Mohan brings out the girl in her!
Niharika Vidya Sagar
little girl in a womans robe megha vyas na bole tum na meine kuch kaha Niharika Vidya Sagar Reflections