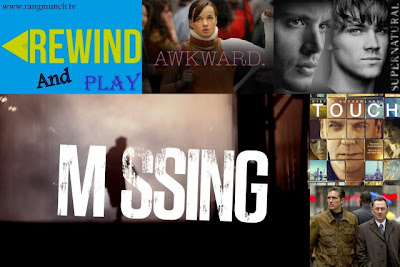 Last week was a great watch with a fantastic episode of ‘Missing’, a roller coaster fun ride with ‘Supernatural’, a cat and mouse game with ‘Person of Interest’, and yet another epic episode of ‘Touch’. Read on to know what exactly you missed and what you ideally shouldn’t.
Missing, Season 1.4
Star World India 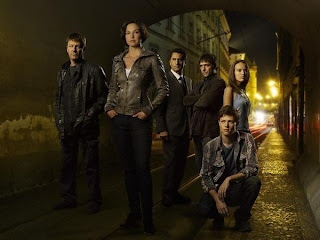 With last week’s episode ‘Missing’ has stepped up the ante as a must watch show. It packed in more punch than all the earlier episodes put together. If you are one of those rare ones who are yet to catch up with the show, we strongly recommend you start now. And it is no longer just about Ashley Judd.
Becca Winstone for the first time in ten years watches the video of her husband Paul’s murder and finds a lead that CIA missed during their investigation. It brings back memories of the days when they were together as operatives in love. The episode is brilliantly executed with smooth transitions between flashbacks and the present where she is chasing her lead that would bring her closer to her missing son, Michael.
Meanwhile, Michael, a product of two of the best agents, tries to find ways to escape when he realizes the captors have no intention of hurting him. But the fact that they would hurt Roxanna for his mistakes puts a dent on his plans.
Becca slowly finds the pieces that make the puzzle when she meets her mentor Martin Newman who reveals an ugly truth about Paul being a traitor. Martin joins her in her mission to find Michael.
Little does she imagine that she will come face to face with her supposedly dead husband Paul when he flees the scene where her lead, Ori Yaden is murdered. Paul makes his escape leaving her shaken and confused. This new revelation opens up innumerable possibilities for the storyline.
Awkward, Season 1.2
Comedy 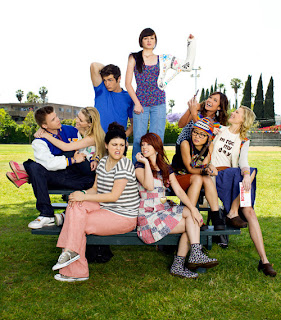 In this episode of Awkward, Jenna Hamilton is on Mission DTR (Define the Relationship). Not satisfied with sneaking around and making out with Matty and giving in to pressure from her friend Ming, she confronts him about the status of their ‘relationship’. Matty predictably tells her he isn’t ready for a steady relationship though he likes her very much. Against her better judgment, she agrees to continue her undefined relationship with him to the annoyance of her best friend Ming.
In a party, Jenna is crushed to see Matty kissing another girl. She leaves the party with Matty’s friend Jake. They get along well making her realize she has never had these normal moments with Matty other than physical intimacy. Looks like we are going to witness a tussle between her head and her heart in the coming episode and Jake will play a role in it.
Person of Interest, Season 1.4
Star World 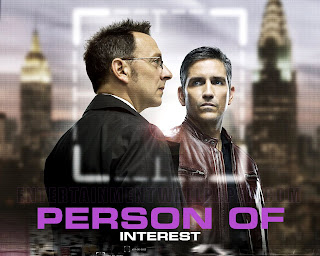 Government system has a machine that spies on everyone every hour of every day to flush out terrorist plots that threaten National security.  As a by-product, it throws up crimes that Government considers irrelevant and chooses to ignore. Finch, the man behind the machine, for reasons unknown, decides to use the information to stop crimes and takes the aid of John Reese to do the fieldwork. The authorities want both and hence they stay hidden.
In the last episode, the machine throws up a name – Dr Megan Tillman, a dedicated Resident doctor who spends most of her nights at a bar throwing Finch and Reese for a loop when she turns from a prospective victim to a perpetuator stalking a man responsible for her sister’s death. has a history of raping women using date drug leaving the women confused about the crime committed on them. Dr Tillman meticulously plans to kill when he repeatedly gets away unpunished for his crimes. Reese intercepts her before she succeeds with her plan as he suspects a dedicated doctor like Tillman will never be able to forgive herself for taking a life however justified it may be.
This show is currently a hot favorite in the and the episodes just keep getting better. Finch and Reese make an interesting pair thwarting crimes, a heady mix of brain and brawn with an irreverence for rules and a healthy need to make right a wrong.
Touch, Season 1.2
Star World
The child is father of the man ~ William Wordsworth 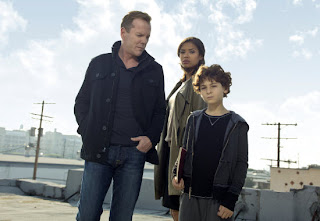 It is believed that we learn a lot from our kids through their eyes and in the process we bond with them as a teacher and pupil. In the drama “Touch”, a blue-collar widower, Martin Bohm gets help from a social worker and an educator in an attempt to bond with his emotionally troubled son, whose obsession with numbers appears to enable him to predict the future and Martin is the designated savior who executes the thoughts of his son Jake.
The second episode starts off with Jake giving a series of numbers to his Dad, which leads him to an attempted robbery at a pawn shop and this starts a chain of events involving a flight attendant in New York, who is assigned to deliver a pet dog, a young magician in Moscow who is dealing with bullying in his school, an Indian man who comes to NY all the way from India, hoping to spread his father's ashes in the Yankees stadium and fulfill his Dad’s last wish and a mobster in the Bronx. All these events and characters are connected with each other in one way or the other, and at the end of the episode, it is to be seen how they all come together.
Supernatural, Season 4
Star World 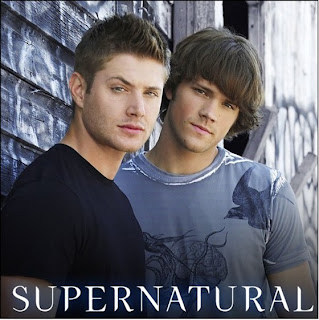 Things just got darker and more interesting in Season 4 with Dean back from the dead. Lord wants Dean alive to save the world with Castiel and Uriel acting as His messengers/angels. Uriel comes across as less of an angel and more of ‘you mess up; I kick your ass’ enemy. Last week’s five episodes are a healthy toss-up between seriously funny and downright serious. By now, we know season 4 is about the impending apocalypse the brothers are destined to stop.
Episodes ‘It’s the Great Pumpkin, Sam Winchester’ and ‘I know what you did last summer’ touches on the breaking of 66 seals. In the Halloween episode even though Sam uses his powers to stop the raising of demon Samhain, one of the seals is broken. Uriel warns Sam that if he ever crosses the line in using his powers, he will be there to haul his ass to hell. In this episode, it is revealed that Dean had to deal with a lot when he was in hell, which he refuses to share with Sam.
‘Yellow Fever’ has Dean in a role reversal where he is plagued by fear of everything. This episode is a must watch for the sheer pleasure of watching Jensen Ackles play a scaredy cat which is in total contrast with Dean’s character that is ever-confident wearing a perpetual devil-may care attitude.
‘Monster Movie’ and ‘Wishing well’ are merely filler episodes, like taking a fun ride in a carnival before getting down to serious demon-hunting business. I still wouldn’t miss ‘Monster Movie’ though for its black and white, old Warner Brothers feel of a classic murder mystery.
We will be back next week with the reviews of your favorite shows. You don’t see yours above, kindly write in to us at rangmunch.tv@gmail.com or leave a comment below and we will try to include the review of your favorite show in our next edition of Rewind and Play.
Keep watching!
Neeraja Unni
Alima Livsletlivs (Touch Review)
Rangmunch.tv
Alima Livsletlivs Ashley Judd Comedy Central India Missing Neeraja Unni Rangmunch.tv Star World Star World India Supernatural Touch