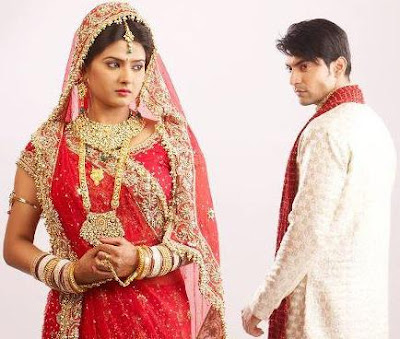 Watching the new show Punar Vivaah on Zee TV, had me thinking; what drives these mothers-in-law to behave the way they do and for the daughters in law to reciprocate the same.  Is it their insecurities of not being the only woman in their son’s life, or is it because they have been treated the same way by their mothers in law, and want to derive an insane pleasure seeing their daughters in law go through the supposedly same harassment that they endured or just plain jealousy.
On one side we have Mrs. Shobha Dubey, middle class, who disowned her own son for the injustice he had caused his wife, and her daughter in law is given the place of a daughter in the house. On the other side, we have Mrs. Gayatri Scindia, rich and an elite member of the society, who is driven by society, lives for the society, goes by the society. False prestige and ego supersedes the feelings of the family members.  Mrs. Dubey wants to give her daughter a second chance at life, and moves heaven and earth to make it happen, whereas, Mrs. Gayatri wants to see her widowed son married to get a mother for his kids, the main criteria being a mother/nanny more and less of a wife.  And Mrs. Gayatri leaves no stone unturned to be insulting in the process, and she is not even aware of this herself. Mrs. Gayatri feels that it is her right as the mother of the groom, and is entitled to certain liberties.
Why is it so difficult for a woman to respect another woman? Why is it so hard for a woman to put herself in the other person’s shoes and think for a second what she has to endure.  How hard is it for a woman to respect the feelings of another woman. I am not against traditions and customs, but I am definitely against any traditions and customs that do not make sense or are not reasonable.  I want to think twice before I blindly follow all these so called notions and restrictions put forth in the name of customs and traditions just for convenience, and give more weightage and respect to the feelings of the people involved. 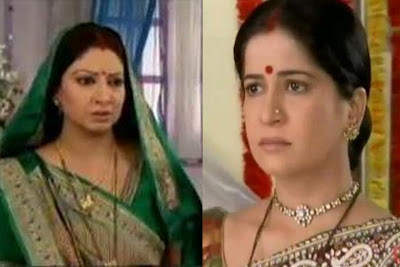 I wish the world had more mothers in law like Mrs. Shobha Dubey, who puts the feelings of the others above her own. Who treats her daughter in law like a daughter and is compassionate, loving and has empathy to understand the feelings of others.  A progressive lady, yet respects the customs and traditions in her own way. My lament is when god has given us the capacity to think and act, why is that we woman are so caught up in all these so called false pretenses just for the sake of society and end up disrespecting the feelings of an individual? When did artificial barriers and society gain more precedence to importance, happiness and satisfaction of the family?
Of all the paradox of relations, the relation of in laws, especially between a daughter in law and mother in law always fascinated me, riled me, amazed me and flummoxed me.  I come from an extended family and I have the greatest relationship with my in laws. In fact I share a much more closer relation with them than I do with my mother! It was not smooth, had a few bumps along the way, but we took the time to understand each other, we gave enough importance to nurture it and make it work, because our common goal was the happiness of our family. And I am proud to say we have succeeded. Precious and rewarding!
Not every mother in law is the stereotypical, evil, bossy, conniving, nosy matriarch portrayed in movies and sitcoms, so much more in the Indian shows, with them been dressed in heavy saris, jewelry and ugly make up, just to give them that evil look!!! Going into a relationship with pre conceived notions or misconceptions, can be the death of any opportunity to create fond memories or even connect with in laws. If you don’t keep an open mind and heart, you are depriving yourself and your kids of a beautiful relation with grandparents and the support of an extended family. Like any relation, even this needs lot of patience, nurturing, understanding and love. Because ultimately, this is for the good of the family on both sides and nothing can outweigh the health and happiness of a family as an undivided force.
Now it is up to us and the future generations, to make the decision of living a nurturing life with a progressive mind like Mrs. Shobha Dubey or a life chained in misconceptions and false pretenses, like the likes of Mrs. Gayatri Scindia or Buaji.
Alima Livsletlivs
Rangmunch.tv
Alima Livsletlivs punar vivaah Rangmunch.tv Zee TV