I, Me, Myself - Kunal Karan Kapoor! (First Part) 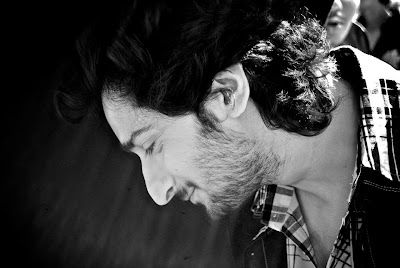 “What you see is what you get.” Yes that is what we felt when we met this actor in person.
Kunal Karan Kapoor, who essays the character of Mohan Bhatnagar in Na Bole Tum on Colors, is one of the most sought after actors today on small screen. With his unconventional looks, carefree attitude and brilliant acting skills, he has created a niche for himself and has won the hearts of one and all.
We also asked his fans to pen down a phrase that best describes “Kunal - the Person” and we were amazed at the responses we received at such short notice. We have included few of the best responses in this first part of his interview.
Yash Patel (Fan): “A crystal clear person, but reflects innumerable spectrum of emotion.”
Rangmunch: One thing you are grateful for in life?
Kunal: Hmmm….My dog! Infact there are lots of things am grateful for but right now, it’s ‘NBTNMKK’
Rangmunch: One thing that is missing in your life at the moment?
Kunal: (pauses a while) A big ass TV! 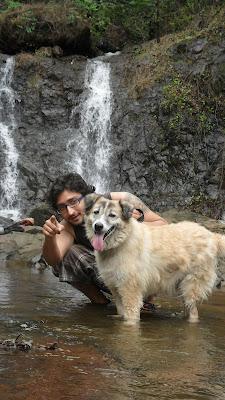 Rangmunch: How big?
Kunal: (Laughs out loud) Like a really big TV! But then I don’t have time to see TV…one thing really missing in my life right now is my dog. I really miss him. He is in a dog boarding because he is old, someone needs to be around him to take care of him, and I cannot take care of him right now at this stage. I wish I could get him on the sets but he has become a little violent so its not possible. I really miss him.
Rangmunch: What according to you is your greatest asset?
Kunal: Hmm..hmmm. I haven’t really thought about it. What would you say is my greatest asset? (He starts laughing as he throws the question back at us)
(After giving it a lot of thought) I am very impulsive. It’s really not an asset but inadvertently I end up doing what I really want to do.
Rangmunch: What do you need to change about yourself?
Kunal: (Pat comes the reply) I need to quit smoking.
Rangmunch: And how many times have you tried?
Kunal: Never! 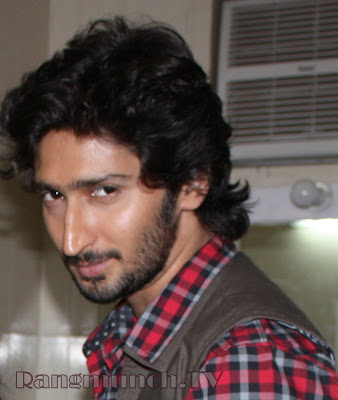 Rangmunch: They say once a smoker always a smoker.
Kunal: (Smiles) I don’t know about that. I heard once an actor always an actor.
Roshni Pandey (Fan): “A person with a sharp and pointed nose which defines him as a straight forward person in his career, life and relationships. From my point of view this is more than enough to describe Kunal as a person.”
Rangmunch: Do you judge others?
Kunal: Ahhhhh!!! (Starts laughing) Yeeeeee No! (bursts out laughing)
Rangmunch: And you are lying!
Kunal: (Smiles) Ofcourse I am. Aahmm. Yes, but I tell myself don’t! Because it is not nice, someone would be judging me. Honestly, I end up making a fool of myself at least 10 times a day and I think 9 times has been during this interview.
Rangmunch: Are you possessive by nature?
Kunal: Very possessive about my books, DVD’s, my X Box games and my laptop.
Rangmunch: You are a gadget freak! You are possessive about all the non-living things.
Kunal: (Smiles sheepishly) Give me a break, I live alone. I don’t have anyone to be possessive about. 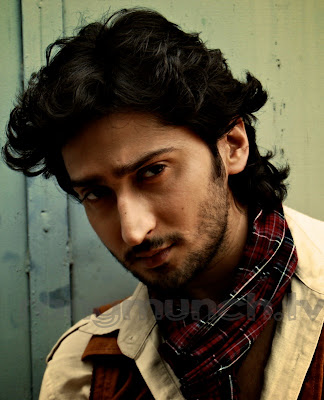 Rangmunch: One person you would want to say sorry to?
Kunal: I can’t remember anyone right now. I would like to say sorry to my dad, because I don’t talk to him often.
Rangmunch: Who is your greatest critic?
Kunal: Myself. My friends don’t watch the episode with me because am too critical and they just walk out telling me to watch it by myself.
Rangmunch: Your first crush?
Kunal: (without missing a beat) Second Standard, my class monitor!
Rangmunch: Do you remember her name?
Kunal: (Grins) I do but I won’t take her name.
(As told to Swati Ghosh & Niharika Vidya Sagar)
The interview is not over yet. Picture abhi baki hai mere dost!!! Do come back to read the second half of this interview which we will put up soon.
Also please find below the link to Kunal Karan Kapoor's official fan page on Facebook.
https://www.facebook.com/KunalKaranKapoorOfficialFanPage
Hope to see you soon!!!
Edited by:
Navyanka Varma
Neeraja Unni
Colors kunal karan kapoor na bole tum na meine kuch kaha