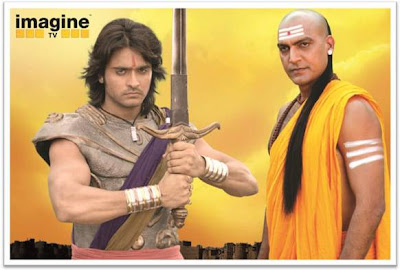 One of India’s most watched and loved historical drama, Imagine TV’s - Chandragupta Maurya, has set the mercury rising, with the story reaching the critical and high voltage Patliputra battle phase. The dream for an ‘Akhand Bharat’ will now soon be a reality and the onward journey will be that of high drama and fine strategy put into action. ‘Saam’, ‘Daam’, ‘Dand’, ‘Bhed’ the key elements of Chanakya’s neeti will be unveiled pronouncing the end of King Dhananand’s tyranny and make Chandragupta the King of the great Mauryan Empire.
The upcoming track will showcase that Chandragupta Maurya has finally decided to attack Patliputra and affirm that his mission of Akhand Bharat is still alive. The show will also see an interesting twist where Dhananand announces his daughter princess Durdhara’s wedding that compels Chandragupta to enter the palace of Dhananand secretively. The drama that unveils will ensure that the audiences are glued to their television sets. 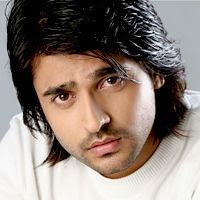 Speaking about the upcoming track an excited Ashish Sharma said, “Playing Chandragupta Maurya has been very challenging for me. The upcoming track will only up the bar of challenges for me as it involves high drama and action sequences. I look forward to giving my best and am sure the audience will appreciate and support me as always.”
“Finally the moment has arrived! I was eagerly awaiting this track as it is now that the true camaraderie of Chanakya and Chandragupta takes centre stage. 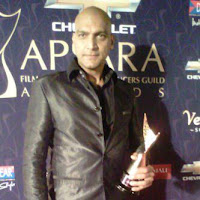 It will also be very interesting for the audiences to experience the momentous journey of trials, tribulations, defeat and triumph”, said Manish Wadhwa who essays the role of Chanakya in Chandragupta Maurya on Imagine TV.
The dramatic chapter will showcase the intelligence of Chanakya and his astute war techniques. These episodes will only compel audiences to realize how the strategy of Saam, Daam, Dand, Bhed adopted during the ancient period are still relevant in today’s day and age.
Witness the unfolding of Chanakya’s neeti that leads to the making of one of India’s greatest emperor ‘Chandragupta Maurya’ on Imagine TV, every Saturday at 9:00 p.m.
Edited by:
Swati Ghosh
ashish sharma chanakya chandragupta maurya Imagine TV manish wadhwa