Bridging the Linguistic Barriers: Hindi Shows being Dubbed in Telugu 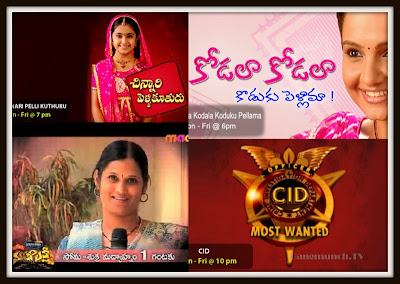 There is no doubt in the fact that anything that does well, is often copied, replicated or adapted in some form or the other. Our Hindi shows are no different. It is a common trend in South India to have most of the Tamil Shows being dubbed into Telugu, Kannada and Malayalam by other regional channels for local consumption.
However, Maa TV, a regular Telugu entertainment channel that started off initially with Youth Content and followed it up with a series of hit reality shows like Challenge has now turned up north.
You now get to see a series of popular Hindi shows dubbed into Telugu with a change in the name of the characters here and there.
Some of the shows that have been dubbed are. 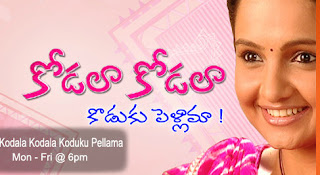 Saath Nibhaana Saathiya: It is called Kodala Kodala Koduku Pellama which translates to Daughter-in-law Daughter-in-Law Oh My Sons Wife and Gopi is called Gopika.
Pratigya: This powerful UP based story known for Pratigya's fight against wrong and evil is dubbed in Telugu as Pavithra. 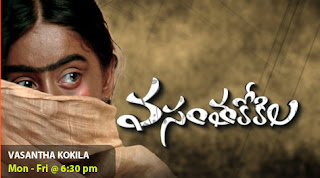 Vasantha Kokila: Is the Telugu dubbed version of Laagi Tujhse Lagan . Chinnari Pellikuturu (Balika Vadhu) and Naadi Aada jamnena?(Na Aana Is Des Lado) are some other shows on Colors that have may their way into Maa TV.
While we also have the reasons why there is suddenly an in-flow of so many Hindi shows into the regional arena, we tried talking to some people locally who regularly watch both the versions to find out to what extent they relate to these shows.
Shyamala (51) who is a home maker says "I don't miss a single episode of Saathiya, even though I don't understand the language much. In fact I end up watching even the repeats of the show at 10: 00 AM as well as 5: 00 PM. I just find Rashi very funny and I don't understand why she is always after Gopi". So does she now catch the dubbed version?
I have now started watching the dubbed version too, since I can now make out what the dialogues mean. Concludes Shyamala.
So it is a win-win situation as we see.
Another Home Maker Noor Jehan says "I prefer watching Hindi Shows because the people are very well dressed and it has become a daily habit. I love the   palatial sized homes and the way the characters act and speak. It looks real.  Telugu serials don't move at all. Hindi shows are much better. I love that man with a beard and mouschtach (suggesting Sajjan Singh) . In Telugu the lines sound funny since I have already heard them before " 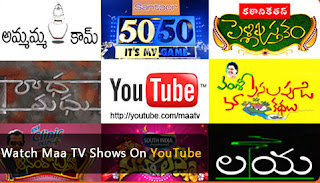 It is interesting to watch see how people relate to a show irrespective of the language and the varied culture. The ultimate idea of any medium is to entertain the audience and looks like these shows are doing a good job with it. Why else would a Channel choose to air these existing dubbed versions programs instead of making their own?
This also throws open doors to Makers in the Hindi land to venture into projects even down South as people are not only warming up to their shows but are willing to experiment with variety. And it is not like Hindi Makers haven't adopted plots from down South.