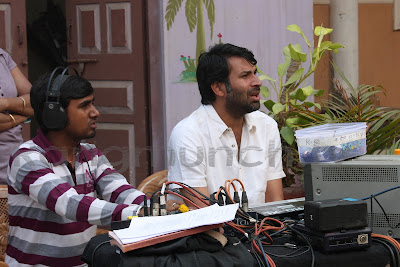 When an life takes shape in a fetus, utmost attention is paid not just to the mother, but to the unborn. A concept or an idea is no different. Right from the time a maker conceives an idea, he cannot rest until the time he see's it take a final shape. A Series Director plays the most important role in the setting up of a Television Show.
Amit Mallik, who has previously been associated with shows like Dil Mill Gayye, Baba Aiso Var Dhoondo, Shhh Koi Hai is calm, easy going and also extremely patient as an individual. It is not surprising why Seema and Sudhir of Sunshine Productions, chose the versatile Director to launch their baby Na Bole Tum Na Maine Kuch Kaha. After all, a Director most often reflects his own understanding of life, through this craft !
Even though Amit Mallik is no longer a part of the Na Bole team, but we at Rangmunch had the privilege to talk to him during the initial days and get his views on the show. 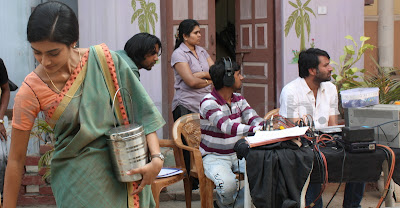 Rangmunch: As a Director what prompted you to take up a show like Na Bole Tum?
Amit Mallik: Well, previously whenever we have seen the life of a widow in small town or village on screen, they have always been shown in poor light and treated badly. The commonly propagated belief is that a widow has no life post her husband’s demise. In this show however, though the protagonist is a widow, she is shown in completely different light. She is a mother who is well supported by her father-in–law. She brings up her children with a lot of courage and dignity. The show seeks to convey a positive message to the audience.
Rangmunch: With kids having mood swings, how do you get Ashnoor (Nanhi) and Vishesh (Addu) to perform intense scenes?
Amit Mallik: Complan and Bounvita have made the kids sharper and smarter (laughs). I certainly believe in that. We just have to guide them and they understand the scene perfectly. Cut–cut kar ke samjhana padta hai unhe, Abhi royiye, abhi  hasiye. We have to set the atmosphere for them to understand and enact the scene. We keep talking to them about the scene and they eventually deliver as required. 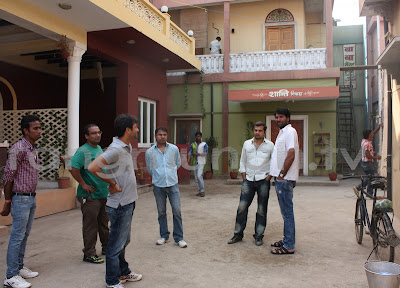 Rangmunch: What is that one thing about your show that is different from others?
Amit Mallik: Na Bole tum is a slow paced story. We give a lot of importance to the daily chores of life in a normal Indore household. We have tried to capture the essence of simple life in a middle class family. If I have to talk of the Direction Style, we have kept the treatment very simple and realistic. You will not find over the top acting or theatrics.
Rangmunch: In the show, will we get to see the typical Saas–Bahu drama?
Amit Mallik: Nahi, aise nahi hoga. Saroj (Megha’s mother-in-law) loves her grand children and will do anything for them. Only when the topic of Amar comes up, she feels had he married a simple girl and not Megha who hails from a rich family, Amar would have been content in a simple job and not aspire to be rich. So small instances remind her of Amar and in that regards she holds Megha responsible. There is no maliciousness on her part. 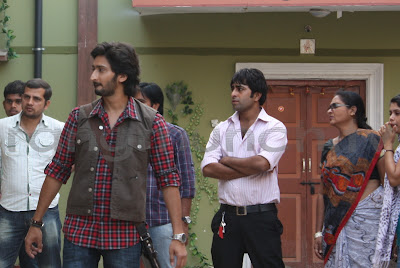 Rangmunch: Considering you were pitted against big-wigs in the 10:30 slot, what did you consider as your biggest challenge?
Amit Mallik: Taking up any new show is always a challenge. The most important thing is however to make a good start and get people to accept it. It is only then that our efforts pay off. The challenge also lies in how one looks at things. Just because we are pitted against shows like Bade Acche Lagte Hai or Pratigya in the same slot, that doesn't change the way I treat my show. You will not see moving trolleys and over emphasized gimmicks in this show. We pick scenes from real life and  the simplicity reflects on screen. I strongly believe, as long as you work hard, there is nothing else to worry about.
Rangmunch: What is your philosophy as a Director?


Amit Mallik: I usually direct 25 episodes of any show and then lose interest. I want to do more and more movies. Television is more of an actor’s medium and less of a Director’s. I want to venture into directing comedy, love story and horror flicks on big screen.


(As told to Swati Ghosh and Niharika Vidya Sagar)


Hope you guys are enjoying every bit of the Na Bole Tum interviews that we at Rangmunch are bringing on board.


Please do leave your comments behind :)