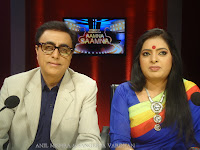 However, this is one of its kind that the makers of a reality show on Colors titled- ‘Zindagi Ki Haqeeqat Se Aamna Samna’ have claimed it publicly that their show is a scripted reality show. This is the first reality show that has a ready script and is a platform wherein the real life issues are discussed but with the hired actors. 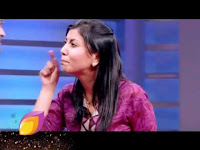 Our sources reported that the show is loosely based on a not very common format - Confrontation, wherein actors are hired to talk about an issue concerning general public. Colors' ‘Zindagi Ki Haqeeqat Se Aamna Samna’ is aired at 10pm time slot on weekends and the show has successfully debuted with 2.27 TRP points.
The makers of the show said that they are leaving no stone unturned to discuss the real life problems on the show with the hired actors and they take no shame in claiming that it is the first ever scripted reality show on Indian Television.
Keep reading this space for more updates!
Edited by:
Swati Ghosh
Colors Swati Ghosh Zindagi Ki Haqeeqat Se Aamna Samna