Chapter 5
On his way home that evening, Arnav Singh Raizada took the time to go over his plans for how he would deal with the reappearance of his brother-in-law in his life and in his house.  He had mapped out two plans of attack; one which he could use if Shyam showed any ongoing interest in his wife, and another which he would implement if Shyam had found himself another girlfriend.  The only thing he couldn’t factor into either plan was how Khushi would react.
Over two months of marriage had brought him no great insight into his wife’s heart or mind.  On their wedding day, he had initially planned to ignore her and restrict her, to keep her as an unwanted but necessary burden.  He had expected to be able to control himself well enough, to be able to remove her from his heart and mind as easily as he had dealt with everyone else who had ever hurt him.  But his reaction at the moment he married her made it  clear to him that his control was virtually non-existent where she was concerned; he couldn’t simply pretend she didn’t exist. It was then that he had decided to make sure she would suffer as much as he did.  She had broken the heart he had almost forgotten he had, and she had to pay for it.  And so, on his way to his suhaag-raat, he had thrown together a plan which he had been trying to stick to over the last two months.
Two months of sharing a bedroom, sharing a bed, two months of waking in the same room, sleeping in the same room, living together, those two months played on his mind.  Two months in which the only time he touched her was when there were other people around.  Two months of taunting her in private and (more discreetly) in public.  Two months of forcing her to behave as he wanted her to, of making her live according to his rules, of making her accept his supposed infidelities. Two months of making her wonder every night if that night would be the one when he finally….
Despite the last two months of living with Khushi, he still couldn’t predict what she would do.  Khushi had taken everything he had thrown at her as if his behaviour were completely normal.  The Khushi he remembered from the days before his marriage had vanished, leaving behind a colourless version.  There were times when he wanted to shake her out of her silence, prod and poke her into giving some response to his taunts, but something always stopped him.  Part of him knew that if Khushi ever started standing up to him, he would forget every plan he had ever made and fall at her feet and beg her to love him, to forgive him for everything he had done to her, to forget Shyam.
He thought back to the first night they had spent in this room, their wedding night.  It had been then that he had put into action his hastily thrown together plan for handling  his new wife. 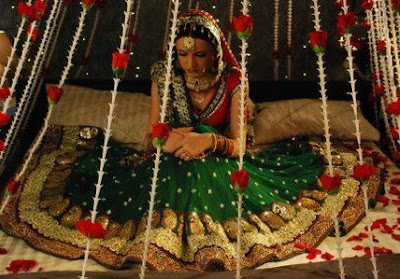 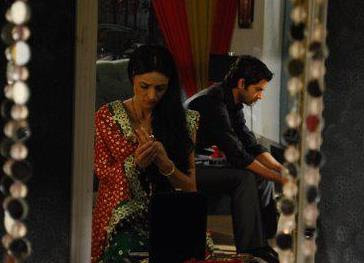 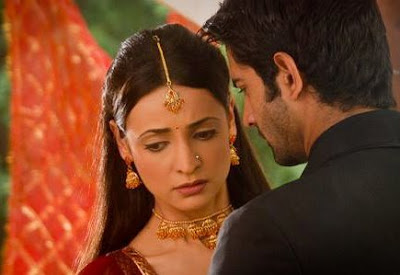 He taunted her, yes, but the taunts were never as biting as she knew he could be.  He seemed to avoid being alone with her, preferring to spend time with her only when safely chaperoned by family or friends, where perforce he had to play the role of the loving husband.  As much as he had threatened on their wedding night, he had never yet even indicated he expected  anything from her physically, though she knew he wasn’t the kind of man who thought love was a requirement for sex.  And now that she thought about it, she wondered whether it wasn’t that he was trying to dishonour her further by breaking vows which she held dear but whether instead he was using those other women in an attempt to keep himself away from her?
Was there a chance that he was still drawn to her?  Was it possible that some part of him still felt something other than hate for her?  She remembered the way she had felt on her sister’s wedding day- as if he had claimed possession of her?  Did he remember that too?  She had never considered it before, as mired as she had been in hurt and betrayal, but was his rage not just triggered by her lies but also by a sense of betrayal and infidelity?  Could he have thought that she was leading him on, whilst actually being interested in his brother-in-law?
All these questions and more swirled through her mind, and she cursed the time she had wasted in self-pity; two months of decrying her fate and wallowing in hurt could so much better have been spend in trying to find a way out of this mess.  But then, it was also true that in those early days of their marriage, Arnav had been so closed off and bitter that she might as well have tried getting a brick wall to talk.  It was only now, with two months of evidence in front of her, that she had an idea that there might be something else in her husband’s heart other than simply hate and vengeance.
Whatever was going on in her husband’s head, she would never find out unless she could get him to talk to her.  This half-life they were living had to come to an end, one way or another; either he would have to get over her lies about Shyam, accept that she had made a mistake in her attempt to protect his family and then try and have a life with her, or she would have to accept that there was no possibility of a normal life for them together and somehow persuade him to release her from this state of limbo.
So her next step was going to be an attack on the fortress that was Arnav Singh Raizada.  One way or another, she had to get him to talk to her, to listen to her.   And she had to do it soon, before Shyam came back from his exile to .
So on that day, both Arnav Singh Raizada and Khushi Singh Raizada made their plans, neither one realising the parts they were being expected to play in each other’s campaign for success.
Fida Raizada
Arnav and Khushi Fida Raizada Shyam