When they came a full circle: Arnav and Khushi 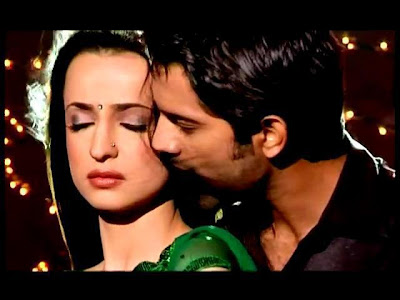 For all those that have been anxiously waiting for the teri-meri dance sequence between Arnav and Khushi on StarPlus's Is Pyar Ko Kya Naam Doon, today turned out to be more than what one asked for. Packed in the dance sequence was a series of emotions, that redefined the Arnav-Khushi love story once more. While the choice of song couldn't have been better, one could see the seething pain the two hearts experienced at being together finally!
At first Khushi could not believe Arnav had come all the way only to help her out. After all, he had poked fun at her just a while ago. So when she saw him on stage, she knew he would perhaps humiliate her. Her already wounded soul, couldn't take it any longer! But surprisingly for her, Arnav when least expected not only gave her words of comfort, but also pushed her to do her bit by complimenting her in every move throwing her totally off-guard. 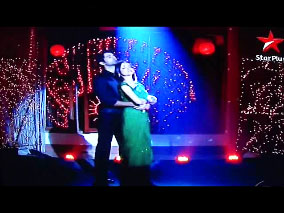 But what was interesting to note, was the way their signature tune Rabba Vey was blended into the dance sequence so beautifully. By the time the steps moved to this bit, unlike earlier the moves were slower as though both Arnav and Khushi were ready to live all the moments they had shared together in the past at this very moment! All the times he had hurt her, today was the day he would heal them all! In fact, he does it with ease! When she is around Arnav, Khushi is always a different woman! Today she discovered a deeper facet to their equation, as she allowed him to come a step closer into her life!
Smart execution creatives! Very well thought out. Each of their past encounters today came full circle as he picked her when she fell, pulled her close to himself and readily was willing to listen to his heart for once. We now know why the head and heart conversation happened a few minutes ago! So much was he taken in by the moment, Arnav Singh Raizada could listen to nothing but his heart, its beats and the name that continuously echoed!
The man looked happier, shocking everyone else around him! But, was that just a momentary lapse or are we finally going to see their story move forward? After having infused so much hope within a span of 6 odd minutes, the makers for sure have given us reasons to smile and have sleepless nights! We hope this sense of realization and happiness lasts beyond just this one night!
Niharika Vidya Sagar
Rangmunch.TV
Arnav and Khushi Iss Pyaar Ko Kya Naam Doon Star Plus teri meri prem kahani