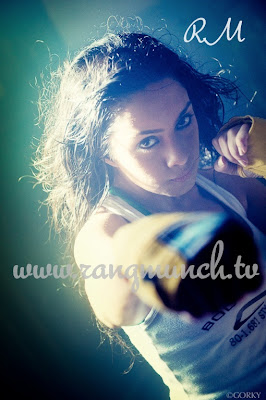 We all understand that acting is not child’s play. However getting into the skin of the character is even more challenging. Every character poses a mental and physical challenge for an actor. The one who succeeds connects with the audience.
Rangmunch.TV spoke to Abigail Jain of Channel V’s Humse Hai Liife and tried to find out about her journey as Sia.
Rangmunch: Were you surprised to get the role of Sia?
Abigail: Ya. It was shocking and surprising. I really didn’t expect that after working for so long in the television industry and playing characters that were absolutely different from this one, they would offer the character of Sia to me. For some reason I had a very good feeling and was desperate to play this role.  I knew it was different and it would put forth a completely different image of me before the audience.
This is what the Makers of the show had to say about Abigail being Sia!

Gorky (Director): For the role of Sia we needed a girl who would portray mental as well as physical strength. We auditioned a couple of actors but to our dismay one of them fainted after the first day of shoot. Somehow Nissar was very sure and confident about Abigail essaying the role of Sia and we agreed to go with his decision.

Nissar Parvez (Producer, 4Lion Films): I strongly feel, that the person who plays a character has to be relatable, should be able to connect with the audience. When you take a pretty girl, looking picture perfect, there is a disconnect with the audience as they begin to feel, iske saath toh sab achcha hi hoga. Which is exactly what happened in Miley Jab Hum Tum. While Sanaya looked picture perfect, Rati was the one to connect with the audience, so her character worked better than Sanaya’s. The guys think, here is a girl whom I can marry too.
Abigail with her unconventional looks and a face that reflects Sia’s struggles seemed the best choice for the role. You cannot pick just any pretty looking girl and put her in a small town. It doesn’t gel well. The character needs to blend in with the story right from the dressing to the language, which makes a lot of difference. People have images of what they first see.
The girl playing Sia comes into a world where everyone is pretty grown up and you have to want to hold Sia’s hand because you are scared she might get lost. Here, relatability makes all the difference, and on that note, Abigail fits the role of Sia to the T.

Hitesh Kewalya (Writer): I have made certain observations about Abigail after having interacted with her and watched her perform from close quarters. Somewhere it becomes very important to marry the two; the character and the girl portraying it. Right now in my head only Abigail can play Sia. If it was someone else, then we would have had a different Sia. While writing scenes for Sia, I always keep Abigail, the person in mind. Since I know how Abigail speaks in real life, it becomes easier for me to incorporate it in my writing, as I know how she would perform in a particular scene. There are certain things that Abigail does, and if it works for us, then Sia does it too. 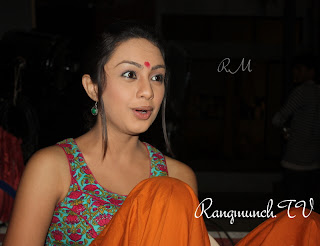 Rangmunch: How did you prepare yourself for the role of Sia ?
Abigail: Aah! I have always played very matured characters. Sia is in a way matured but at the same time she is 17, so she is a little kiddish in her own ways. I had to go through an acting workshop obviously like all the others in the show. I went through rigorous training because a boxer has a particular body language. The way they walk and move even in the ring, everything had to be like perfect. So I went through boxing training for almost 2 months and also acting to adapt myself to the character.
Rangmunch: Did you face some real punches during your boxing sessions?
Abigail: Ya Ya!! I have faced the heat (laughs out). Even while shooting I have got real punches. The person who taught me, Shankar, he was quite good with what he was doing but he made sure that I got a few punches so that when I get a blow on set I know how to handle myself. 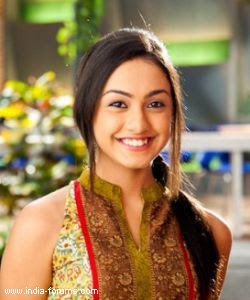 Rangmunch: Any risk that you have taken recently?
Abigail: I think it would be doing this show because my mom was so apprehensive about boxing. I too have never been involved in any kind of sports in the past and doing a show which is absolutely different from what I have done earlier. I was also worried about the audience reaction. What if they did not like me in what I am doing, what if I couldn’t train properly as a boxer. So there were many risks but I wanted to do it, so I did it.
abigail Channel V Gorky Hitesh Kewalya Humse Hai Liife Navya Niharika Nissar Parvez Rangmunch.tv sia Swati Ghosh