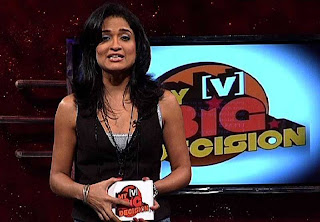 My Big Decision on Channel - V
My Big Decision on channel V, is a show where the host will be helping the participants to tackle with their problems by arranging special meetings for them with the experts in their concerned areas. Every episode with one participant will last for three days dealing with his/her concerned problem.
The buzz is that the Bollywood film and television actress Sandhya Mridul, who was lately seen in the dance reality show - Jhalak Dikhhla Jaa, will be hosting the show.
Sandhya said that she has shot for six episodes till now. She further said that the show will not only be confined to the participants but also the audiences will get involved with the issues that come up from the participants’ side.
The host, Sandhya said that out of 6 episodes she has shot, one of the episodes showcases the focus of young aspiring actors who struggle and come to Mumbai to make their dream come true.
My Big Decision will be launched on January 14, 2012 and will be telecasted on Saturdays at 7pm time slot only on Channel V. 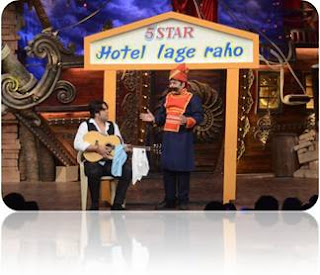 Kahani Comedy Circus Ki
Entertainment galore on the stage of Comedy circus! Make your weekend a happy one by watching ‘dhamakedar’ performances by Kapil-Sumona, Rashmi- Kuldeep, Bharti-Siddharth, Rajiv-Suhasi, Krushna –Sudesh and Rajiv-Hemant. The theme for  Sunday will be  ‘Uniform special’ . This comical theme and contestant’s amazing talent will set you on a rollercoaster ride like never before. Archana and Sohail will be seen going mad on their acts.
So tune in to the new season of Comedy Circus on 15th January 2011at 9:00 pm on Sony Television. 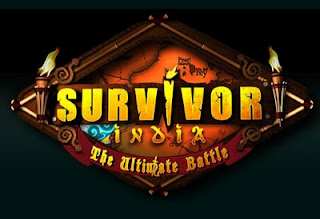 Survivor India Becomes Tougher for Contestants
The show is yet not over but the contestants of ‘Survivor India’ are already facing various issues. Apart from the harsh conditions, a lot of drama too is going on between the contestants. While some are fighting on petty issues, some feel insecure and some have started making deep bonds! There are two tribes, Catan and Tayak and each tribe trying hard to push the limits to win.
In the coming episodes you will get to see their unique way of food storage along with Karan and JD’s tiff over raft making task where Karan hates JD’s dominating attitude. Gizelle has also hurt her foot and this had made Michael give her enough sympathy and help. Michael says since he has worked in a medical college for more than a decade, he knows some physiotherapy and thus advised Gizelle. However, their bond is taken to be something else by other contestants. On the other hand Evelyn is sick of Harrison’s never ending fitness tips and feels insecure because of her weight.
Watch the drama taking interesting turns on Survivor India: Jee Paaoge? on Star Plus.
Rangmunch.TV wishes everyone a very happy weekend!
Edited by:
Swati Ghosh
Rangmunch.TV
Channel V com my big decision Rangmunch.tv Sony Entertainment TV Star Plus survivor india Swati Ghosh