After spending 98 days cooped up inside the Bigg Boss house, the entire country is ready to see which of the five contestants - Juhi Parmar, Mahek Chahal, Siddharth Bharadwaj, Amar Upadhyay, and Akashdeep Sehgal (Sky Walker) will emerge as the winner of Bigg Boss 5. The Grand Finale, a star studded night will be hosted by Salman Khan and Sanjay Dutt and will also feature all the evicted contestants.


MTV Roadies - Everything or Nothing battle on MTV at 7pm

Thrill and adventure. This is what defines Roadies. MTV Roadies is back with its Season 9. Yes, you have heard it right.


The wait is finally over with MTV Roadies Season 9 - Everything or Nothing. This reality show is all set to hit your television screens today, January 7th, 2012 at 07:00 pm. This time the show is being shot in the locale terrains of America where the contestants will have to go through various nerve racking challenges. If reports are to be believed, these challenges and tasks of Roadies will be more deadly this time and they have to battle it out with their true spirit.
This time the show has a tagline- ‘Everything or Nothing’ with a motto for the contestants to surpass the tasks and challenges with lots of vigor and survive through the toughest. The show will be hosted by veteran Rannvijay accompanied by the producer of the show Raghu Ram with his twin brother Rajiv. The adventurous journey starts today and we are sure that this show will keep you glued to your television screens. 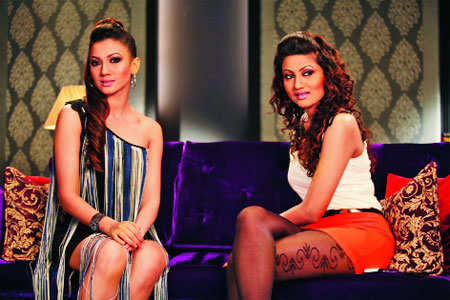 At the launch of Trussardi eyewear, Gauhar bad lip augmentation attracts a lot of questions from her friends from the modelling world including Kangana Ranaut. Later after a gadget shopping spree, she survives a mugging attempt.

Survivor India on Star Plus at 9pm

The 22 star celebrities on Star Plus's mega reality show Survivor India got a nasty welcome as their boat over turned midstream and weak swimmers like Payal Rohatgi and Shilpa Saklani Agnihotri were shaken up. On the other hand JD Majethia broke down as he missed his family. In an emotional moment, he declared his love for his better half. Watch more gruelling scenes from the Survivors tonight.
Edited by:
Navyanka
Rangmunch.TV
bigg boss 5 Colors khan sisters Rangmunch.tv Star Plus survivor india UTV