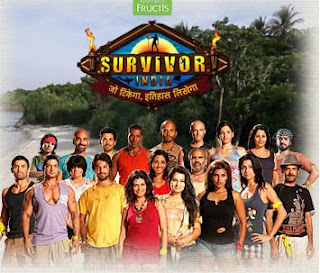 Survivor India on Star Plus is getting interesting with each passing week, where the contestants are not only fighting the harsh surroundings and putting up with the weekly challenges for survival, but are also slowly getting to see the true colours of their fellow participants.
Contestants Karan Patel and Priyanka Bassi, have been making it to the headlines with their participation in the game reality show Survivor India. 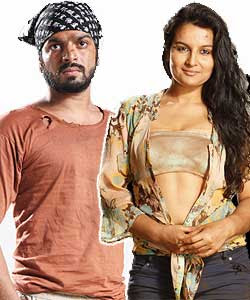 Their presence on the show had become a hot topic of discussion for the audiences, as some of the things that were witnessed on screen between Karan and Priyanka, forced the viewers to think that the two were sharing a special bond with each other.
Not only this, but the closeness between the two was developing day by day. Priyanka was always seen around Karan, spending quality time with him - chit chatting, feeding him coconuts and getting cozy with him on the show.
But unfortunately Karan had to face an unwanted situation when his so called good friend Priyanka got evicted from the show last week. Even though Karan tried his level best to convince the other contestants not to vote her out, but his words definitely fell on deaf ears.
Will Priyanka’s elimination from the show affect Karan?  Was she just a good friend to Karan?
To see what happens next and how will Karan survive on the show, watch Survivior India - the Ultimate Battle every Saturday and Sunday at 9:00pm only Star Plus.
Edited by:
Swati Ghosh
Rangmunch.TV
karan patel priyanka bassi Rangmunch.tv Star Plus survivor india Swati Ghosh