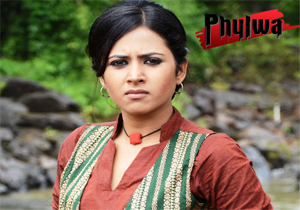 Television serial Phulwa will see many twists in its upcoming episodes. The serial will unfold a lot of drama. Sargun Mehta who plays the role of Phulwa in the serial will be kidnapped along with Nani. Both of them will go missing as Sai Ballal aka Thakur will kidnap them both. Ajay Chaudhary aka Abhay will go in search of Nani and Phulwa.
In further episodes you will see that Abhay will visit a hospital where he will notice some photographs of an old lady with his mother. On seeing those pictures, Abhay will realize that that old lady is none other than his Nani. Abhay will then call up Thakur and intimate him with the fact he had learnt at the hospital. Abhay is unaware of the fact that Thakur is responsible for the kidnapping of his Nani and Phulwa.
On hearing this Thakur will order his men to kill Nani as she is a witness to the Devpur Hatyakhand act in which he was involved. With Thakurs command, his men will kill Nani and her character will end.

However, Abhay will manage to reach the location where Phulwa and Nani are held captive. While Abhay will find his Nani to be lying dead, Phulwa will make a narrow escape from the kidnapping point.
Later Phulwa will be chased by the local goons and that is when Abhay will finally reach out to her and will save her. Will Phulwa reveal anything to Abhay about Devpur Hatyakhand?
To know how the story unfolds keep watching Pulwa on Colors at 9pm every Monday to Friday.
Edited by:
Swati Ghosh
Rangmunch.TV
Abhay Ajay chaudhary Colors phulwa sargun mehta