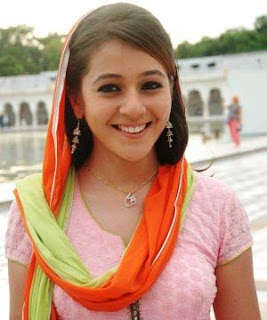 Priyal Gor, who is currently seen in Dekha Ek Khwaab, aired on Sony Entertainment Television, has made it to the headlines many a times for all the wrong reasons.
Actress Priyal is known for her rude and adamant behavior. Also, the actress was once chucked out of ZEE TV’s show for her ill behavior.
Shrishti Arya, the Producer of Dekha Ek Khwaab, who has been dealing with her said that, Priyal is a kind of person who is still like a kid at heart. She further said that Priyal needs to behave like mature people, and needs to put her foot down with diplomacy and not her attitude. Shrishti also said that Priyal is an outspoken person. She  speaks bluntly without even thinking that it might harm her own image. She also mentioned that the actress at times gets tacky to handle but her work speaks for herself.
We only hope Priyal gets a lesson from this and starts behaving like a mature actress. Its indeed time to ACT!
Edited by:
Swati Ghosh
Rangmunch.TV
dekha ek khwaab priyal gor Rangmunch.tv Shrishti Arya Sony Entertainment TV Swati Ghosh Zee TV