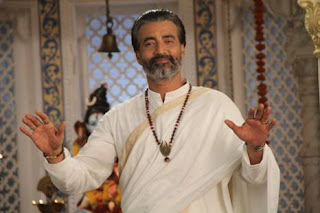 Hawan at 7pm on Colors
Keerat is back to his evil ways by disturbing the equilibrium between Astha and Adharva.He gets all the help from the Trishna who already despises Astha. Keerat has started to live in the Ashram which is close to Baapji’s house. His constant interference makes  Astha  very uncomfortable. He is also playing a a shrewd game by messing with Adharva’s sister. Baapji unaware of all this innocently allows Keerat to be a part of his family.Manjari  and  Yajur have started to come closer . Manjari  also tells Astha her and Yajur’s problem . Hope Astha can solve the tension between Manjari and Yajur  as well as  save her sister in law from Keerat’s bad intentions.

Dil Se Di Dua…Saubhagyavati Bhav? At 10pm on Life OK
Viraj is up to his crazy and mean tricks to phyche Jhanvi. Jhanvi tries to get a message to her family for help but Viraj turns the table and invites the entire family home for a cozy dinner. Jhanvi further gets surprised on knowing that Viraj has cleared all the loans and  has got both her sisters admitted in good colleges. Jhanvi now is binded by guilt and burden of all the good he has done for her family.Viraj hasn't changed but is playing cruelly on Jhanvi's feelings and mercilessly torturing her. He meets with an accident where Jhanvi has to care for him. Is the sudden change in their rapport a mirage or a hope for Jhanvi ?Tune to Life Ok every weeknight at 10pm to witness more about the unique relationship of Viraj and Jhanvi.

Bade Acche Lagte Hai at 10:30pm on Sony
Even though Ayesha is not aware about Natasha’s abortion, she does realize that something is fishy about her pregnancy. Inorder to get to the truth, Ayesha organizes a party to celebrate the so called good news and invites Ram and Priya. When Priya informs about Vikram’s Christmas invitation, Ayesha assures her that she will convince Vikram and Neha to have their Chirtsmas party at Sharma Residence. To everyone’s surprise Ram comes there dressed as Santa Clause, since the event management company was unable to arrange for one. So amidst all the fun and frolic, will Ayeha be able to expose Natasha in front of their entire family?

Hitler Didi at 8pm on Zee TV
Rishi and Indira ruins Indur Sharma’s plans of registering the house in his name. Indira after a lot of hesitation, with Rishi’s insistence and to saveguard the interest and well being of her family, decides to make a fake deal in the name of Diwan Builders. Indira and Rishi succeeds in exposing the true colours of Indur sharma and Jhumpa before the family. Indira as a sign of gratitude allows Rishi to stay in Sharma Niwas. Is Rishi really a well wisher or does he have an ulterior motive in helping Indira? 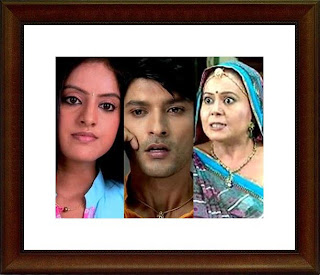 Diya aur Baati Hum at 9pm on Star Plus
Sandhya is an extremely honest and straight forward person. Nonetheless her brother put her in an awkward situation having lied about her educational background to Suraj and his family. Having discovered that Bhabho hates dishonest people, she time and again made futile efforts to reveal the truth. However the week ended with Suraj getting to learn about Sandhya’s brilliant result which apparently got published in the news paper. The precap also showed the news being revealed before the entire household by their neighbourhood. Will Suraj and Bhabho be able to forgive Sandhya and her family for hiding this truth? Will Sandhya be able to prove her innocence to her  husband and in-laws?
Rangmunch.TV wishes all its readers a great week ahead!!!!
Swati Ghosh
Navyanka Varma
Rangmunch.TV
Bade Acche Lagte hai Colors Dil se di dua Saubhagyavati Bhava Diya aur baati hum Hawan Hitler Didi Life OK Rangmunch Sony Entertainment TV Star Plus Zee TV