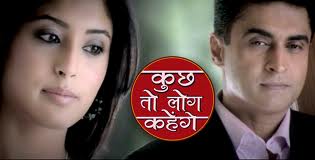 Kuch Toh Log Kahenge at 8:00pm on Sony Entertainment Television
Depressed about losing Ashutosh, Mallika tries to kill herself. Aditya calls Ashutosh in a panic and tells her about what happened to Mallika. Ashutosh calls Nidhi and tells her about Mallika’s suicidal attempt. Nidhi is shocked to hear this. Anji tells Niddhi that she hopes Mallika didn’t do this because Nidhi and Ashutosh are together now. Nidhi decides to pay a visit to Mallika in the hospital.
Is Mallika's suicidal attempt going to be another ploy to keep Ashutosh away from Niddhi? 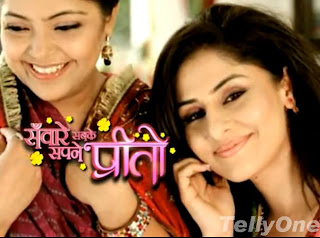 Sawaare Sabke Sapne Preeto at 8:30pm on Imagine TV
Rajbir confesses his love for Preeto at her house. Preeto too finds it hard to stay away from Rajbir and starts imagining him everywhere. She is confused about her feelings and tries to console herself.
She decides to give Rajbir’s chunni back to him, but it’s no longer in her closet. To her surprise, she sees her mother talking to her dad with the chunni in her hands.
Has she told her father about the chunni? How will Preeto explain her situation when she is confronted by her parents? What will Rajbir do next? 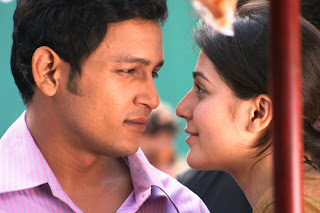 Dekha Ek Khwab at 8:45pm on Sony Entertainment Television
Manyata is planning a surprise birthday party for Akash with the help of Unnati. They are busy making all the arrangements. She has to combat answers and doubts of everyone in the palace, especially of Yuvraj and Jaynandini.
Chikki overhears Akash’s friend telling him to go to Lonavala on his birthday. He also likes the idea and gets excited to go away. Chikki is worried that if Akash goes out of town, then what will happen to the birthday party that Manyata is planning for him?
Will the gang be able to stop Akash from leaving? What will Manyata do now?

Yeh Rishta Kya Kehlata Hai at 9:30pm on Star Plus
Naitik is in a dilemma over Akshara’s delivery. He has to go on an urgent business trip. He doesn’t want to leave Akshara alone in this delicate time of her life. He tries to inform her about his impending trip; but seeing Akshara scared and nervous about the labour, he is not able to do it.
In the next episode, Akshara hears Naitik talking to the client on the phone and telling him that he will come to meet him very soon. Akshara is shocked to hear this and starts crying.
Will Naitik be able to go on the trip? If he goes, how will Akshara react?
dekha ek khwaab Imagine TV Kuch toh Log kahenge Rangmunch.tv Sawaare sabke sapne preeto Sony Entertainment TV Star Plus Swati Ghosh Yeh Rishta Kya Kehlaata hai