Balika Vadhu at 8:00pm on Colors
Gehna and Vasant expect Anandi to take their side, when Nandu gets into a fight at school and injures himself. Anandi is torn between her duty as the village Sarpanch and being the member of the family.
In the next episode, Anandi goes to Vasant’s room and tells Gehna to come with her to the temple. She says that it is Sumitra’s birthday and they will go to temple to pray for her well-being. Hearing this, Vasant tells her that Nandu is injured and he and Gehna won’t go anywhere. Anandi is surprised at the sudden rude behavior by Tauji and Gehna. Sumitra tells Anandi  to resign from the Sarpanch’s post.
Will Anandi be forced to give into family pressure or will she eventually find a way out of this turmoil? 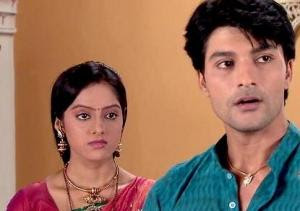 Diya Aur Baati Hum at 9:00pm on Star Plus
Suraj is trying to persuade Bhabho to forgive him and Sandhya. He tells her that Sandhya was also kept in the dark by her brother. Bhabho is still not ready to forgive her, but seeing that it is important for Sooraj, she decides to give Sandhya one last chance.
She tells Suraj that she is giving Sandhya 15 days to prove herself. If Sandhya fails to prove that she is a good daughter-in-law during this period, then Sooraj will have to throw Sandhya out of the house forever.
How will Bhabho test Sandhya now? Will Sandhya be able to fulfill Bhabho’s expectations? 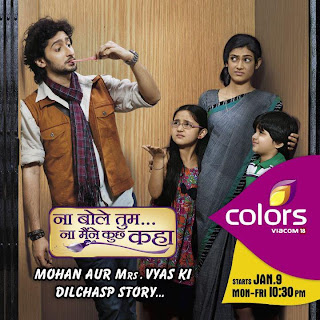 Na Bole Tum Na Maine Kuch Kaha at 10:30pm on Colors
Megha is angry at Nanhi over the newspaper matrimonial advertisement. The entire family thinks that she has something to do with the advertisement and is blaming her for it. This makes Megha very sad and angry.
Mohan tells Nanhi to apologize to her mother, but Megha refuses to accept her apology. Mohan on the other hand, is feeling guilty about what happened. Guru gives the mantra of practice what you preach and asks Mohan to apologize too.
Will Mohan apologize to Megha? Will Megha forgive Nanhi and Mohan? What will be her next course of action?
Edited by:
Swati Ghosh
Rangmunch.TV
anandi Balika Vadhu Dia aur Baati Hum megha vyas mohan bhatnagar must watch shows na bole tum na meine kuch kaha Rangmunch.tv sandhya Suraj Swati Ghosh