Saath Nibhana Saathiya at 7pm on Star Plus
Gopi tries to write a thank you note to Ahem, but is uncertain about what to write in it. Ahem reads the note that Gopi has thrown in the trash and is really impressed with it.. Rashi is sad that nobody likes her in the family anymore. Her mother suggests her to get close to Gopi. Gopi tells Rashi that she should not blame herself like this. Jigar’s mother feels that Rashi has changed a lot, but laments Jigar’s relationship with her. Jigar is still not talking to Rashi. Will Gopi be able to bring Jigar and Rashi back together? Will Jigar go away on his business trip leaving Rashi behind? 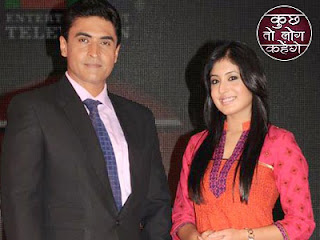 Kuch Toh Log Kahenge at 8:00pm on Sony Entertainment Television
Niddhi decides to surprise Ashutosh on New Year’s Eve by gifting him his life, his “ Baba’s Home.” But least did she know then, that fate was all set to shock her. Niddhi being unaware of her father’s financial crisis, gets taken aback when she hears about his heart attack. A panick stricken Niddhi when rushing back to the hospital forgets her cell phone in the car. Ashutosh at the other end, unaware of Niddhi’s plight, waits for her at their dream home. He also tries calling her several times but in vain. While Ashutosh thinks that Niddhi played with his emotions and deliberately tried to hurt him, Niddhi on the other hand feels bad for not being able to meet him on New Year’s Eve. Will Dr. Ashutosh get to know the entire truth behind Niddhi’s absence? Will Dr. Mallika succeed in her vicious plans? 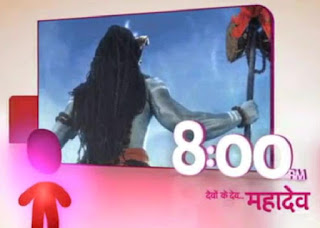 Devon Ke Dev...Mahadev at 8:00pm on Life OK
King Daksha refuses to accept Lord Shiva’s greatness. He has challenged Lord Shiva to win Sati’s hand by competing with the best kings and princes from various states. However, Daksha seems to have some hidden plan behind this step. Later, Daksha punishes Lord Shiva’s devotees and exiles them. They all go to Shiva and tell him about it. They urge him to help princess Sati, who has also been punished by Daksha. Lord Shiva promises them that he will do everything for his devotees. Will King Daksha’s arrogance be finally defeated? Will princess Sati be able to escape her father’s punishment? 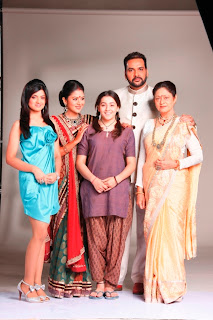 Dekha Ek Khwaab at 8:45pm only on Sony Entertainment Televsion
Tonight, Udayveer will be seen blackmailing Monia as he caught her red handed meeting Aakash secretly. Udayveer tells her that she will have to do whatever he wants, if she wants him to hide this secret from Rajmata. But daring Monia will refuse to do so. An angry Udayveer tries approaching Rajmata and tell her everything about Monia. On seeing this, Monia agrees to do whatever Udayveer wants her to do. He tells Monia that he wants to take her on a date. Aakash will get to know about Udayveer’s plan and will arrive at that place. Monia is extremely happy to see Aakash and they both challenge Udayveer that, come what may he will never be able to succeed in his mind games.Will Aakash and Monia unite forever? Will Udayveer tell Rajmata about Monia’s escape?
dekha ek khwaab devon ke dev mahadev Kuch to Log kahenge Life OK Saath Nibhana Saathiya Sony Entertainment TV Star Plus