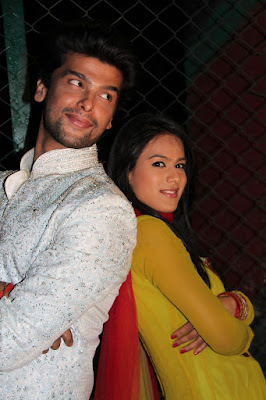 Siddharth Malhotra's latest TV drama series that is doing the rounds is Ek Hazaaron Mein Meri Behna Hai which is a story about two sisters. This TV serial has won hearts of many viewers and is also among the battle of TRPs.
The serial takes a turn with the upcoming episodes as Virat (Kushal Tandon) and Maanvi (Niaa Sharma) land up in a trouble and get arrested.
It happens when Vadera house organizes a grand New Year party, but Maanvi who is shown very impulsive in her role, does not like it. And, Virat decides to take her out but with a promise that they will be back by midnight. As, Virat and Maanvi halt at a dhaba, somehow Virat indulges in a massive fight with a few goons there which later becomes the reason for them to be behind the bars.
Furthermore, Viren who plays the role of a lawyer when gets to know the incident, sets out to help Virat and Maanvi. But he himself indulges in an argument.
Will this create further problems for Manvi and Jeevika? Tune in to see how  the story unfolds from here on!!!
Edited by:
Swati Ghosh
Rangmunch.TV
Ek Hazaro Main Meri Behna Hai kushal tandon Nia Sharma Rangmunch Viraat and Maanvi behind the bars viren