~Premieres on January 30, 2012 every Monday to Thursday at 10:00 p.m. ~
After the stupendous success of Bade Acche Laggte Hain, Sony Entertainment Television and Balaji Telefilms join forces once again to present another block buster show Kyaa Hua Tera Vaada that will certainly set the country buzzing.  The show stars Mona Singh and Pawan Shankar who come together for the first time as a married couple trying to re-discover marital love.
Ekta Kapoor – the czarina of Indian television is all set to redefine the splendor and rule the prime time slot once again with the launch of the much awaited and talked about show - Kyaa Hua Tera Vaada, a show poised to break all records on Indian television!
Guaranteed to showcase Ekta’s new creative streak and sensitive story-telling, Kyaa Hua Tera Vaada will mesmerize the audience. A story of a married couple with three growing children, Kyaa Hua Tera Vaada showcases the celebration of marriage. The show traces the rise and fall of love and togetherness in a typical Indian married couple, whose time and attention for each other survives the vagaries and demands of life’s problems.
Mona Singh who catapulted to fame as Jassi from the popular TV serial Jassi Jaisi Koi Nahi is set to shine yet again after almost 7 years in a fiction show as Mona Singh. She is paired with actor Pawan Shankar, who is playing the character of Pradeep Singh, Mona’s husband.
After the successful run of unique love stories like 'Kuch to Log Kahenge' and 'Bade Acche Lagte Hain' Sony Entertainment Television’s ‘Kyaa Hua Tera Vaada’ will hit screens on January 30, 2012. The show will take the audience to an untouched journey of family priorities and love!!
Commenting on the launch, Mr N.P Singh, COO, Multi Screen Media, said “2011 has been a fantastic year for us.  Sony Entertainment Television is on an upward curve. The channel stands firm at the No 2 position. With the incredible performance of all our fiction shows we are ready for the next level of growth with a fresh line up of interesting shows. Kyaa Hua Tera Vaada will simply add to the great performance of the channel.” 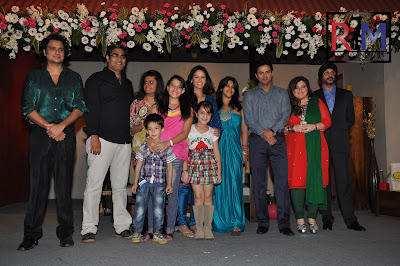