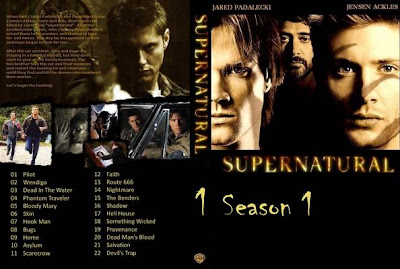 Scared to death, glued to the spot, you wish you could flick the channel and move on to something less terrifying. But you can’t. You want to stay tuned to know what happens next, not just in the next moment but rest of their journey to the end and yes, you wish there was no end. That’s the state you are in, when you watch ‘Supernatural’.
I was skeptical (what an irony!) to even watch the show about ghosts, entities, spirits and blah. Maybe I was a little scared to try it after watching the promos on Star world. Two weeks since it’s telecast (27th December) and I just couldn’t resist as I came across better than good reviews for the show.
Now am hooked! If I, who cannot stomach any paranormal activity even on my television screen, can look forward to watching it every weekday, am sure any of you can and will love it even.
Storyline
‘Supernatural’ is about the journey of two brothers, Dean and Sam Winchester, who team up to fight against the dark forces and in the process seek out the entity responsible for their mother, Mary’s horrific death.
The pilot episode begins with Sam as an infant being put in his cradle for the night by his parents. Later that night, when his mother comes to check on him, she is brutally thrown to the ceiling where she is set ablaze by an evil demon.  Their father, John, begins a tireless search for those responsible for his wife’s death, as a hunter of the dark entities. Years later, Sam is shown having a steady girlfriend Jessica, preparing for an interview with a law firm, and looking forward to a normal life away from the lives led as hunters by his father and his brother, Dean. When Dean knocks at his door one morning asking for his help in finding their missing father, Sam reluctantly agrees only to come back to find Jessica murdered the same way as their mother.
Jessica’s death steals him of a chance at a safe life as he prepares to set out to seek revenge. What follows is a series of random cases involving supernatural forces that the brothers solve.
The Winchesters
Dean Winchester (Jenson Ackles), the older brother, is the coolest hunter to have graced the television screen in a while. No matter how deep the water, he always finds a way out, and does it swimmingly. He runs a credit card scam with his father for the cash. He is the handsome crook you wish you had on your side, especially during the dark nights plagued by evil forces. 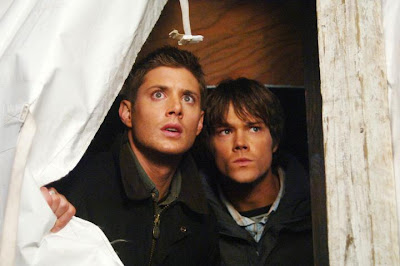 Sam Winchester (Jared Padalecki), the younger lad is all things fair. Intelligent and quick on the uptake, he teams up well with his brother on their hunts. Sam’s methods of dealing with a tight situation are diametrically opposite to that of Dean’s. While Dean believes in shooting first, and asking questions later, Sam believes in solving problems to get a positive outcome. The easy banter and unspoken bond between the brothers makes for an engaging watch.
John Winchester (Jeffery Dean Morgan) is the father of the brothers driven to find their mother’s killer.
There is more to this trio than what is revealed so far in season 1. This show is presently in its seventh successful season in the since 2005.
Star world is currently telecasting season 1 through season 5 @ 9pm on weekdays. This is definitely one of those shows you wouldn’t want to miss, scare or no scare!
Neeraja Unni
Rangmunch.tv