International Segment: Rangmunch.tv Recommends Humsafar! Episode # 18 Review – The Woman and Mother in Me! 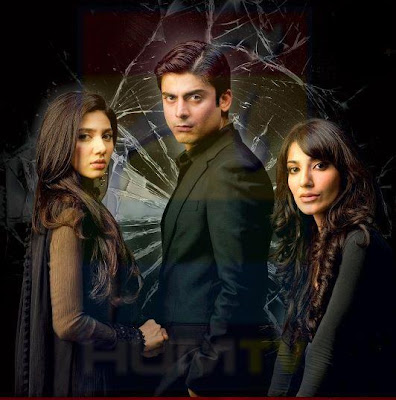 Author’s note: As I begin to pen down my thoughts on this episode, I realize what a mammoth task I have ahead of me. Where do I begin, how do I convey something as intangible as emotions that this episode has evoked in me? The woman in me, the mother in me is well aware of what I have gained watching Khirad but the writer in me is worried if I will indeed do justice to the way the character has been built and portrayed in this episode with mere words. But as I have always said, words are all I have…..
The castle that Sara had painstakingly built in her head about Ashar accepting her in his life gets shattered when she finds Khirad back in his life. But Sara being Sara does not lose much time in finding a way to rectify the situation and she ends up calling the one woman who has understood her obsession with Ashar. Farida is shocked to learn about Khirad being back in her son’s life and promises that she will return home as soon as possible and set things right. The extent of her hatred for Khirad is evident when she regrets not putting an end to Khirad’s pregnancy. 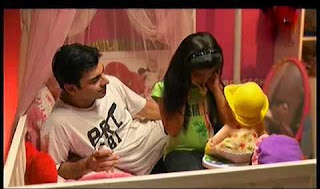 Even though Khirad realizes that Ashar is a great father she is loathe to even think about letting him back in her life. And on the other hand, though Ashar refuses to forget what Khirad put him through, he acknowledges the fact that Khirad would never try to get back into his life.
The Woman in me!
While Sara wants to possess what she loves by hook or by crook, Khirad wants to do what is best for someone she loves even if that entails sacrificing her wishes. Hardest, most impossible thing for a mother to imagine is to be away from her child. But Khirad acknowledges the effect Ashar has on her daughter’s happiness and is willing to sacrifice her love for it.
The Mother in me!
Ashar’s mother has been acting for her own selfish gains in the name of her son’s happiness. Khirad’s world begins and ends with her daughter, Hareem and her welfare. One gets to see Sara’s mother, Zarina’s desperate attempt to get her daughter to realize her folly in waiting for something that is never going to happen. But it is the classic case of ‘too little too late’.
Rangmunch Memorable Moments 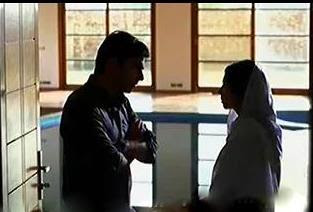 RMM#1 The scene where Ashar tries to find out from Khirad about her delivery is undoubtedly one of the best scenes of Humsafar. Masked in simplicity in both its execution and dialogues, it conveys a depth to Khirad’s pain and emptiness that leaves us shaken to the core. In that one moment when she says, ‘Agar is baat ka talooq Hareem ki ilaaj se nahi hai, to main is sawaal ka jawab dena zaroori nahi samajhti’, I felt a thousand needles prick my heart making it bleed till I felt her emptiness deep within.
All the suffering that she went through flashed before my eyes leaving a fresh pain in my heart that no amount of tears could heal. I still feel it when I think of this scene. Need I say more? Kudos to writer Farhat Ishtiaq and Sarmad Khoosat for once again giving us a scene that compels us to walk in the character’s shoes.
(Shortlisted Favourite scenes from Humsafar fans will soon be posted under Fanspeak International section) 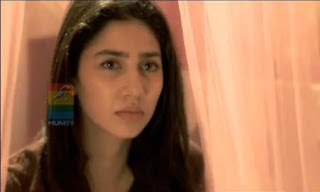 RMM#2 How can I not mention the scene we have all been waiting for? Khirad vs Farida. Good vs Evil. Love vs Hate. Selflessness vs Selfishness. Both are mothers. But they are poles apart when it comes to the virtue of being a good mother. The scene where Farida wakes up Khirad to warn her not to open her mouth regarding the past reiterates the difference between them.
While Khirad stands tall with her head held high and faces Farida head on without so much as blinking an eyelid, we find Farida trying to hold herself straight and look Khirad in the eye while threatening her with dire consequences. Khirad’s dialogues taking a dig at her questionable love for her son hits the bull’s eye. Khirad's strength comes from her unconditional love for her child, Hareem.
Rangmunch Special Mention
Sara’s obsessive behaviour gets a new sheen whenever she appears on screen thanks to the flawless performance of Navin Waqar. She has right from the word go, grabbed the role, made it her own, and is sure to leave a stamp as one of the most brilliant performances of a star in a negative role. From her trademark smirk to her look of manipulation, she has it pat on.
Precap of Episode #19
What goes around comes around. So it does for Sara and Farida in the form of Khizer, their partner in crime. Only now, he resorts to blackmail to get what he wants from Ashar’s mom. Will she bow down to Khizer’s demands or find another way to deal with him, as she cannot risk Ashar knowing about her role in the death of his relationship with his wife, Khirad?