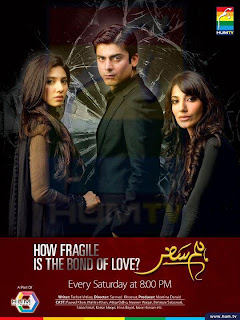 This episode shows how Ashar turns father to his 4 year old daughter, Hareem - a responsibility he steps up to with much more ease than he did becoming a husband. 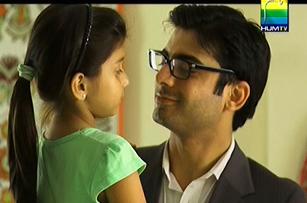 After being hit with the realization that he is a father to a little girl, he takes little time to slip into the role; taking care of every little detail regarding Hareem’s life and treatment, starting with taking her home to live with him and showing her to the best cardiologist for her treatment. He does not spare a single thing in trying to make up for her four years that he had lost.
Love vs Hate!
It takes an incredible amount of inner strength to take a step back and let a person you detest take charge of your daughters life. In Khirad’s case, Hareem IS her only life.  The extent of her selfless love for her daughter is evident when she decides to go back to the house that had so mercilessly shut its door on her one dark night few years ago.
The memories come haunting back the minute she arrives at that very door; the memories that had suffocated her for so long, the memories that had ripped her soul. It had taken her little girls love and laughter to mend her broken heart. And for that very girl, here she was stepping into a hellhole of bitterness, shattered dreams, and dried tears. 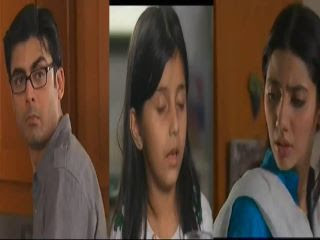 The very mention of that one person, Ashar’s mother, who is responsible for those memories, puts Khirad on an edge and she takes it out on her daughter. This gives Ashar a reason to taunt her about her impatience around their daughter in turn questioning her parenting skills.
Why does Khirad take it lying down? Why are silence and the hatred shining through her eyes for him, her only response to Ashar’s continued insults? No self-respecting woman would take an insult on her role as a mother.
“Maine Hareem keliye ek maid rakhhi hai. Meri beti use jo bhi nakhra dikhaye ya uska waqt zaaya kare, main use paise de doonga.  isliye abse khaane khaane mein ya dawai na lene pe usse koi gussa dikhane ki koi zaroorat nahi hai.”
“Yeh meri majboori hai ki main tumhe apni beti ki zindagi se nikaal nahi sakta” 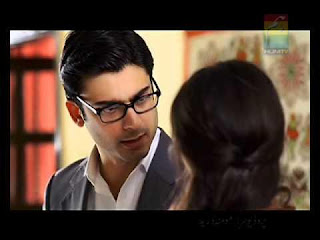 When do you fight back, when do you go that extra mile to explain, to redeem yourself? When you care what the other person thinks of you, when it matters to you. She did fight back; she did go more than that extra mile to clear matters with him. She did care. He did matter to her. But not anymore, because her repeated efforts at reconciliation, even though it was no fault of hers, was unfeelingly thrown back at her years ago.
Now, she keeps the hatred simmering in her eyes but does not let it spill into words in front of her daughter, solely for her daughter’s sake. And another most important reason being her clarity of purpose in staying with Ashar: Her daughter’s health. Anything else is secondary.
Rangmunch Memorable Moments
RMM #1 The fact that he has a 4-year-old daughter and that he has missed those 4 years of hers weighs heavily on his conscience as he blindly tears every paper in the file given to him by Khirad, before stopping to look at the picture of Hareem. The father in him breaks down at the memory of her words, ‘Aap picture wale papa hona?’. The sight of him quickly swallowing his tears to place a call to his friend asking about the best cardiologist in the city is heart wrenching. 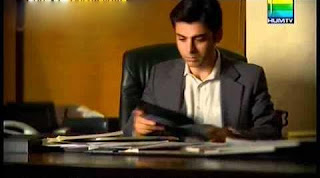 He did not have the luxury of time to reflect on the years he lost with his daughter for he had to step up quickly and deliver as a father, to do everything in his capacity to keep her alive and healthy.
RMM #2 The entire sequence of father-daughter bonding when Ashar makes breakfast for Hareem is endearing.
Precap for Episode # 17
In the next episode, Sara comes to know about Khirad being back in Ashar’s life with their daughter in tow. God knows what (more) commotion it is going to create in Khirad’s life. 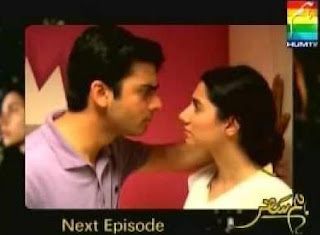 This is one precap I wish it did not end where it does. After seeing Ashar’s reaction to Sara’s dig at his daughter, I was so eager to hear him put her in her place that I ended up replaying the precap several times to see if it did really end there. Yup, I can be absolutely foolish where my heart is concerned. Just like Sara. While my indulgence is harmless, her behavior is downright insulting and hurtful to the very man she claims to love.
Rangmunch wishes Navin Waqar, who has breathed life into the role of Sara in Humsafar, a wealth of happiness and laughter on her birthday today.
Visit the official page of Humsafar at: https://www.facebook.com/HumsafarOnHumTv