International Segment: The most popular SCI-FI of all times ‘Doctor Who’ @ 8pm weekdays only on BBC entertainment!

List of Science Fiction classics is incomplete without the mention of ‘Doctor Who’, which was part of British television for over four decades and has enjoyed a loyal fan following across the globe for as many years. Guinness Book of World Records has deemed ‘Doctor Who’ as the ‘longest running sci-fi’ show after 43 years and 723 episodes in the year 2006.
The original television series ran from 1963 to 1989. After a gap of 16 years, it was relaunched in the year 2005 with Christopher Eccleston donning the role of the ninth doctor. Doctor Who is part of British popular culture and enjoys a cult status among the British.
The recent series (2005) with Eccleston as the doctor is currently showing on BBC entertainment . The channel started the telecast of series 1 on 2nd January 2012. Do not fail to catch it, as it is one of the most original of science fictions you wouldn’t want to miss.
Doctor in his TARDIS
The Doctor is an eccentric and intelligent, time lord, who has the ability to fight injustice while travelling through time exploring different time and space dimensions in his sentient time machine, TARDIS. The Doctor has the unique ability to regenerate his body when faced with death, which helps in the smooth transition from one actor to another with a different body and to an extent with a different personality through the decades. The show is on to its eleventh doctor at present in the 6th series of its second spell on television. 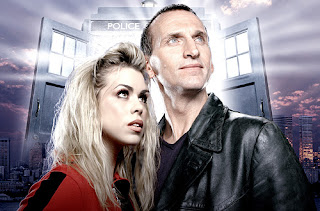 In the very first episode of series 1, the doctor comes across a human, Rose Tyler (Billie Piper) in Planet Earth, and assists her when the whole of earth is in danger, by dragging her with him into the space machine that happens to be her only escape route. Life thereafter for Rose takes a 360-degree turn and she is seen as a permanent fixture in the series with the doctor developing feelings for her. He does pick up other companions besides Rose in their time travel through the series.
Follow the adventures of the Doctor and Rose in their time machine, TARDIS every weeknight on BBC entertainment. Why miss an opportunity to visit other time zones across space and meet creatures more complex, weirder, and interesting than us humans?
Neeraja Unni
Rangmunch.tv
BBC entertainment Christopher Eccleston Doctor Who Guinness Book of World Records Neeraja Unni Rangmunch.tv Rose Tyler