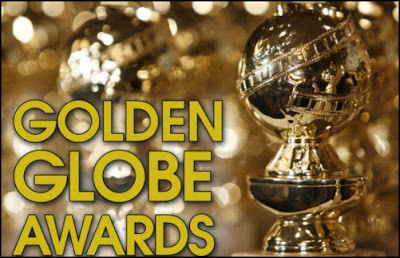 Sunday was a night of performances being acclaimed, beauties walking the red carpet and taking home the most prized possession. The69th Golden Globe Awards was a spectacular evening where all celebrities came together and applauded the Movie and Television fraternity. Many won and most of them just smiled at their peer’s achievements.

Best actor in drama TV series went to Kelsey Grammer for his role as a stern corporate manager in CBS TV Network primetime drama, Boss. Boss is a superbly written and executed show, which probably throws a different light to Kelsey’s performance.

Claire Danes got her golden globe award for the best actor drama in the TV series Homeland. The plot centers on the MIA Marine Sergeant Nicholas Brody who returns home after 8 long years. As the tag line suggests the nation sees a hero where Carrie Mathison sees a threat.

ABC Network’s Modern Family an extended version of current day American family took the award for best comedy. This show has been popular from the very first day as it states a satirical look at three different families and the trials they face in their own uniquely comedic ways.
Laura Dern took the award for best actress in TV comedy for Enlightened. This is a show of a woman who has a spiritual awakening, and creates havoc at home and work. You can catch this show on HBO, 9.30 pm on Mondays.

The comedic actor trophy was one by  Matt LeBlanc for Episodes. Although he has been nominated several times for his role as Joey in Friends and his role of Joey in Joey, it was Episodes that landed him the award. It was his first win.
The award for the Best Miniseries went to Downton Abbey. This drama centers on  family and their servants and airs on PBS channel.
And the best male actor award in the Miniseries went to Idris Elba for his work in Luther, which airs on BBC AMERICA. He has depicted the role of a Brilliant yet troubled police detective.
The supporting actor and actress in the Miniseries was bagged by Peter Dinklage for his role in Game Of Thrones, which airs on HBO and Jessica Lange for her outstanding work in America Horror Story.

PROLOGUE
His wife.
She was his wife.
As the thought thundered around his head, he wheeled away from the window in frustration as he tried to force his memory to return.
As always, the attempt was futile.  He’d spent the last 15 days struggling to accept that he didn’t remember anything that had happened over the past eighteen months.
Throwing himself into his chair, he leaned back, closing his eyes to try and block out the world.  A moment later, his eyes popped open; it was as if the insides of his eyelids were a screen onto which a series of images of her were being projected continuously.
In frustration, he picked up the phone and summoned Adi- when his faithful second-in-command entered, he said “Adi, sab accounts ki summary tayyar hogayi mereliye”
“J j jj j ii sir, jo jo summaries aap ne maangi theen, woh sab aapko email kardeen hain”
“Theek hai, main ghar jaake padhloonga, then when I get back from Mumbai you can fill me in on the details.  Until I’m fully up to speed with what’s going …
Read more