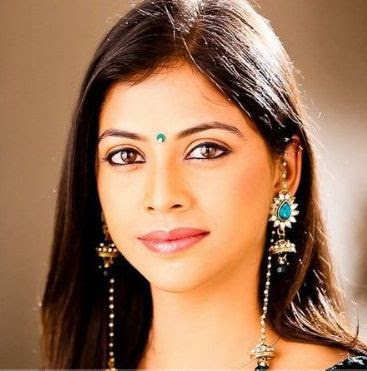 Rangmunch.TV brings to you a candid interview with Deepali Pansare aka Payal of Iss Pyaar Ko kya Naam Doon on Star Plus. Unlike the character she essays on screen, Deepali in real life is extremely chirpy, bubbly and full of life, which does reflect in her responses.
Rangmunch: One thing you are grateful for in life?
Deepali: For giving me Chaitali, my elder sister. She has been my support system and has helped me to get here. I will always be grateful for having her in my life.
Rangmunch: What do you need to change about yourself?
Deepali: (smiles and says) I’m very impatient and highly emotional, so I need to improve on those.
Rangmunch: Do you take risks?
Deepali: Yes, I do. To essay the role of Payal in Iss Pyaar Ko Kya Naam Doon was a risk that I took. Infact, I was initially called for Anjali’s character but later was told that Payal’s character was also important. That was a risk and I took it. (says it with a smile)
Rangmunch: Do you thank people enough?
Deepali: Yes I do , a lot. If my DOP is taking very good close ups of mine , I always say “thanks Rishi, it was mind blowing.” If my Director gives me enough time to feel the scene, I go up and say thanks to him. So anybody who is helping me in reaching somewhere or to do anything, I will always thank that person. Hence I would like to thank my Director, my Producers, my Channel for giving me this opportunity. 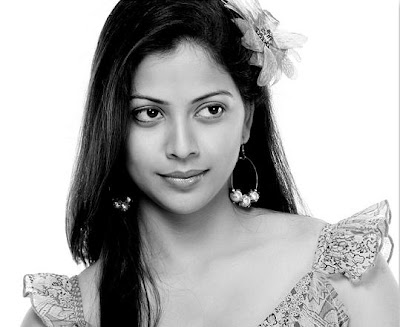 Rangmunch: Do you believe everything happens for a reason?
Deepali: Yes. I had signed up for this show called Devi and on the day of shooting its promo, I got a call from Hats Off Production saying that I was chosen to play the main lead in Behenein of Star Plus. But I stuck with the show Devi and three months down the line I realised that I had evolved as an actor. My director Anshuman Kishore Singh helped me a lot and groomed Deepali to be a better actor. Frankly, I was not even considering myself as an actor, but he helped me to reach there.
Rangmunch: Who has had the greatest impact on your life?
Deepali: Kiran Bedi. I am yet to come across a more stronger woman than her. She is consumed with work and is very dedicated and focused. As a woman she has achieved a lot in life. I wish to be a woman of strength just like her, but unfortunately I am an emotionally driven person and cry alot (laughs loudly). 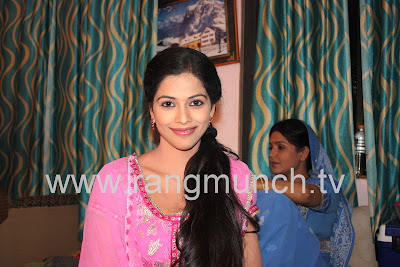 Rangmunch: Do you let other people’s negativity affect you?
Deepali: Ya, a little bit and when that happens I just calm myself and say repeatedly “I’m the best , I’m the best, I’m the best!!!" (laughs)
Rangmunch: What is the craziest thing you would want to do?
Deepali: I have never thought about it. I am already crazy yaar, I don’t need to think about that. I do anything, so I don’t need to think (bursts out laughing).
Rangmunch: What do you do to de-stress yourself from work?
Deepali: Hmm.. I like watching Movies, listening to music, spending time with someone special and calling and talking with my parents as they don’t live in Bombay.
Rangmunch: Do you smile more than you frown?
Deepali: Ya, I smile more but I frown a lot also. When I expect something and I don’t get it, its natural human behaviour to frown and I can’t hide it. So I would like to accept that (smiles). 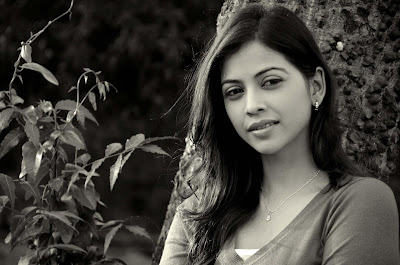 Rangmunch: Where do you see yourself in a span of 5 years?
Deepali: I want people to know me as a good actor and appreciate me for my work, that’s it.
Rangmunch: How would you describe yourself in a word or a sentence?
Deepali: Silly…(giggles)
deepali pansare I Iss Pyaar Ko Kya Naam Doon Me Myself Navya Niharika Vidya Sagar Rangmunch.tv Star Plus Swati Ghosh