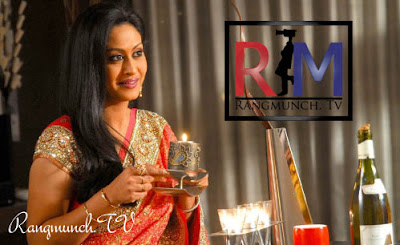 Indrani Halder, who essays the role of Devyani on Star Plus’s Maryada Lekin Kab Tak, is an eminent name and figure in the world of Entertainment which includes Films, Television and Theatre. She is definitely the Pride of Bengal, who has enthralled the audiences with her strong character portrayal and brilliant acting on screen.
Prior to Maryaada, she played the Title Role of Sujata in BR Films’ Sujata – Ek Stree Ka Samarpan, which was aired on Sony Entertainment Television, and was a very popular show. 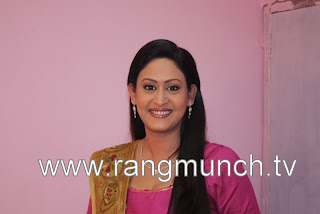 From the age of 14, Indrani has been a part of the Showbiz Industry, and has done over 100 films in the last 25 years. She won the National Film Award for Best Actress in 1998 for the Bengali Film “Dahan” directed by Rituparno Ghosh. She likes realistic cinema and desires to make a movie on real life story someday. Indrani is also associated with the Kolkata Film & Television Institute (KFTI).
Many might not know this. But besides being an excellent actor, Indrani is also a very good Rifle Shooter. She inherited this skill from her father, Late Mr. Sanjoy Haldar. When Maryada gets over, she plans to get back to Kolkata and join a shooting club. Even after all these years, she misses her father who passed away when she was 24. He had the greatest impact on her life and always inspired her to do better. 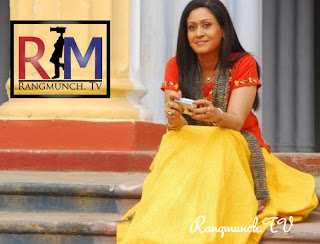 When asked who is her biggest critic she laughed and said, “my husband, my mother and Sharmila who has been my friend for the last 20 years. Hence all my friends and family are my biggest critics.They really don’t like much about me.”
6th of January, is a very special day for Indrani, since its her Birthday today. A huge pool side party has been organised at the DKS Club Kolkata tonight, to celebrate this day with all her loved ones. The theme of her party is ‘DISCO.’ It was also very kind of her to proactively invite the Rangmunch team for her birthday party at Kolkata.
We at Rangmunch.TV, called and wished Indrani a Very Happy Birthday and hope that this year brings in loads of Love, Happiness and Success in her life.
Swati Ghosh
Rangmunch.TV
dahan devyani indrani halder Maryada-Lekin Kab tak? Rangmunch rituparno ghosh Sony Entertainment TV Star Plus Swati Ghosh